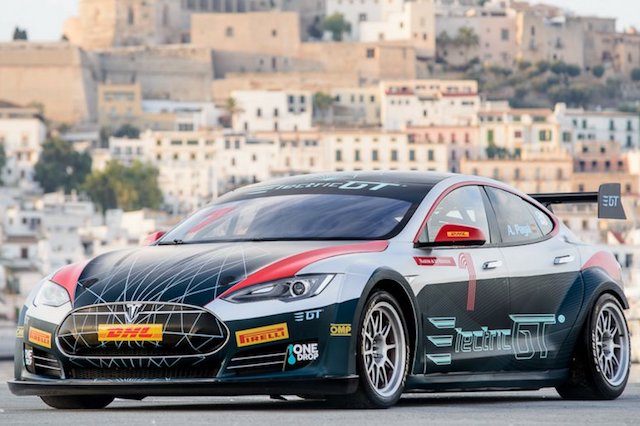 Formula E is currently the largest all-electric racing series – but it runs sophisticated, bespoke cars and is very expensive to participate in. However, a new option has become available – a new set of races named the Electric Production Car Series.

As the name suggests, the races will be run by near-production cars. In fact, it will exclusively use the Tesla Model S, which last week passed its official FIA crash test.

We've got the green light!
The Electric Production Car Series has been officially sanctioned by the FIA ahead of our 2018 debut.
Let's go racing! #AgeOfLight #FIA #EPCS pic.twitter.com/E966slCdUW

SEE ALSO: All-electric Nio ES8 could give Tesla a run for its money

The cars will run on bespoke Pirelli tyres, and have been upgraded with Alcon brakes, R53 suspension, new composite bodywork and quite a lot of power. The racing Model Ss will produce 778bhp.

The series will race on major circuits, though scheduling and locations have yet to be decided. Only one team is currently signed up, though Electric GT Holdings, the series organiser, hopes to have enough talent nailed down to run the first races later this year.

The series will run a three-heat qualifying format, followed by two 37 mile races – one in the day, and one at dusk.

After the races finish, the top two drivers – along with another pair voted for by fans – will face off in a drifting competition.

Electric GT Holdings Inc boss Mark Gemmell said: "With a three-heat qualifying system and two EPCS races, plus our eKarting and eSports rounds, fans will have a lot of racing action to get excited about."