Clarkson, Hammond and May to gain SAS protection in Colombia 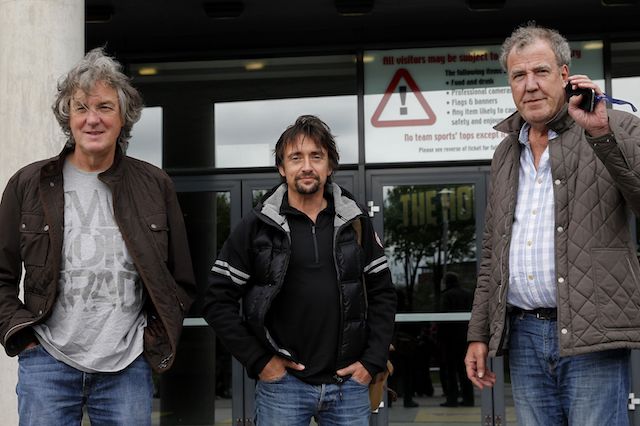 Jeremy Clarkson, Richard Hammond and James May, the indomitable trio behind The Grand Tour are set to return to South America for the first time since being attacked by angry Argentinians.

However, this time, they will not be without protection. For the show's latest special, Clarkson, Hammond and May will head to Columbia – with former SAS soldiers watching over their every move.

The group will be protected by the ex-soldiers as they film in and around the country, in a move bosses deemed necessary because of Columbia's struggles with kidnap and murder.

"Amazon spends a fortune on the show but you can't put a price on the safety of Jeremy, James and Richard, given they are the stars," a source told the Sun.

"Crime levels are very high in Colombia and they didn't want to take any risks. They have brought in the best security, which is made up of former SAS soldiers who will have seen everything in their careers.

"The last time they were in South America was for Top Gear and that ended very badly. They are not looking for trouble, but if it finds them they are well guarded."

Top Gear's Patagonia Special was the last full episode that the trio shot before departing the BBC back in 2015. Locals took offence to a number plate fitted to Jeremy's Porsche, which read 'H982 FKL' – supposedly a reference to the Falklands War of 1982.

The trio had to flee the country, leaving their cars there – while the crew, who remained behind, were ambushed by angry protestors. Two crew members were injured in the conflict. The show denied all suggestions of deliberate provocation, with Clarkson stating that "for once, we did nothing wrong".