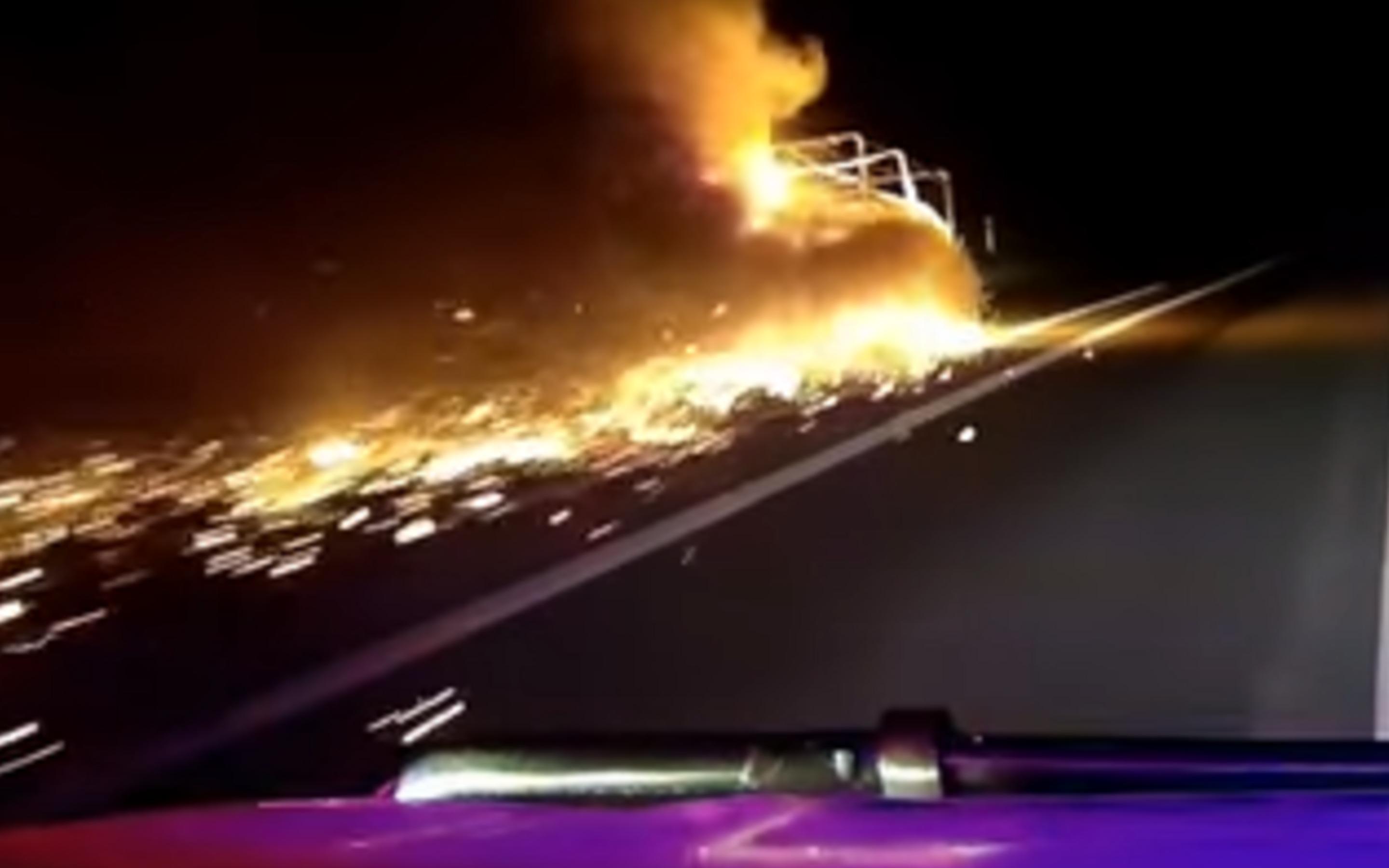 Dramatic dashcam footage has captured police officers in pursuit of a pickup truck driving down the road with its trailer on fire.

The video was filmed on a stretch of highway near Miriam Vale, Queensland, and shows the police chasing down the vehicle as sparks flew from its fiery payload. According to reports, the vehicle had no wheels attached, and was being dragged along the ground, with sparks and flames leaving a streak of burning debris along the side of the road.

The trailer was attached to a Holden Rodeo – a rebadged Isuzu truck sold exclusively in Australia.

Police immediately turned on their lights and sirens and began pursuing the vehicle, but the driver kept on going for approximately 12 miles before pulling over.

Reports suggest the driver had caused multiple spot fires along the road in dry bushland – a dangerous act in Australia, which suffers serious wildfires on a regular basis. The Australian forest fire danger index may be the only scale in the world which does not stop at 'severe' or even 'extreme' – continuing on up to 'catastrophic'.

The 49-year old driver is said to be assisting police with investigations.