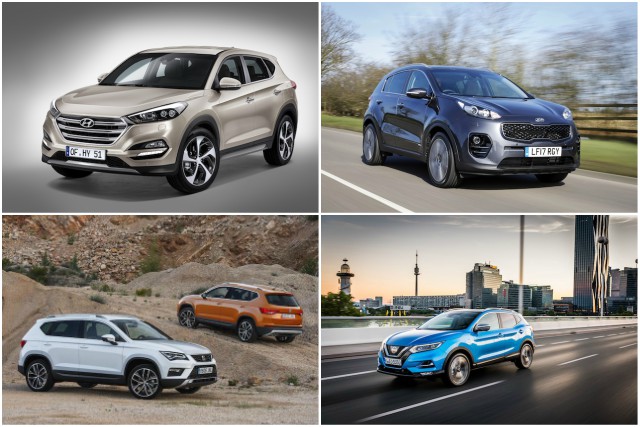 Once upon a time, a family car was a saloon or estate model. As the years progressed, though, the market began shifting. First came the hatchback, which buyers loved due to its compact size and versatile practicality. Then the 90s bought us the MPV - with the allure of seven seats, a high driving position and endlessly adjustable interior.

However, over the 2000s and 2010s, family buyers have gravitated towards the SUV and crossover market. This was cemented in 2007, when Nissan took the decision to replace its Almera hatchback with the Qashqai SUV - a decision that paid off with millions of sales.

Over a decade later, things are much the same, and crossover SUVs are incredibly popular. We've rounded up 10 of the best here.

Top 10 crossovers on sale now
Up Next

The Ateca was Seat's first ever SUV, and the long development period paid off. Based on the same MQB platform as countless other cars, the Ateca somehow manages to be the best of all worlds - and is remarkably good to drive for what's essentially a tall hatchback.

Supplied with a wide variety of VW Group petrol and diesel engines, the Ateca's sharp styling and quality interior comes straight from the Leon. There's even a hot Cupra model on the way with over 300bhp.

Peugeot's reborn model lineup began with the 208, and has so far produced some really great cars. The 3008 is its entrant to this popular family crossover section of the market, and it brings some quintessentially French style to a crowd of otherwise pretty dull boxes on wheels.

The interior is every bit as good-looking as the exterior, with a really interesting driver-focused cockpit and plenty of kit. It's not even bad to drive - and the engines are some of the most fuel-efficient in the business, too. 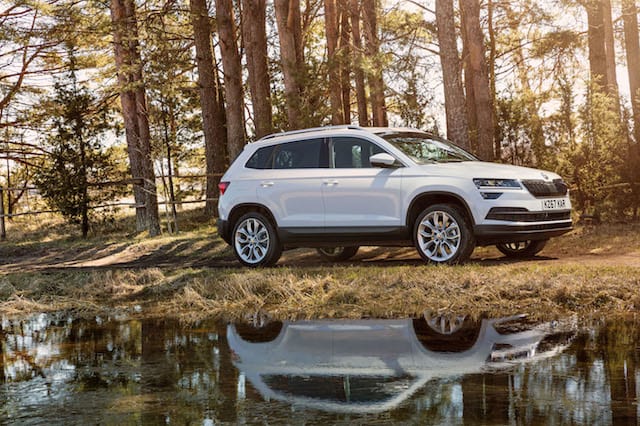 Skoda's first SUV was named the Yeti, and it was brilliant. Its successor, the Karoq, builds on the Yeti's success and adds in a healthy dose of premium quality.

Based on the same platform as the Ateca, Skoda's targeted comfort rather than driving dynamics with the Karoq, making for a very relaxing car to travel in. It also features the latest VW Group tech, as well as Skoda's sharp-edged design language. It's certainly a car that does the Skoda brand justice, and won't be the butt of any jokes in the company car park.

Hyundai has seemingly been unable to put a foot wrong in recent years, and the Tucson is no exception.

It's one of the leaders in the market — even becoming the best selling car in Ireland for two years straight — thanks to an efficient range of engines, plenty of value for money with good equipment levels and a strong, five-year warranty.

In many ways the Qashqai kick-started the crossover revolution, and it's been Nissan's best-seller in the UK ever since. The second-generation model benefits from a recent facelift, and it's one of the best all-rounders available.

With a roomy interior, reliable mechanicals and easy driving experience it's easy to see why the Qashqai is so appealing to so many buyers. 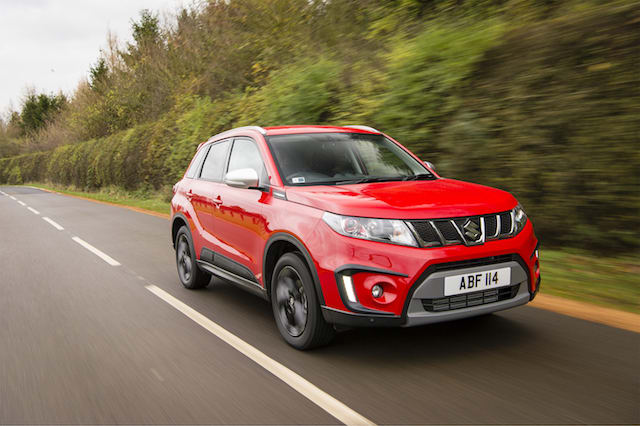 Suzuki may be a small player in the motoring industry, but it's capable of making big hitters — and the latest Vitara is no exception.

The model originally launched as an off-road capable vehicle to sit above the Jimny, but it has now been transformed to compete in the compact SUV market. The range features Suzuki's zippy petrol engines, which make the Vitara not just practical, but a joy to drive — especially when equipped with the 1.4-litre Boosterjet engine, which is due to see action in the upcoming Swift Sport hot hatch.

Mazda's model line-up contains hit after hit - cars such as the brilliant MX-5 or remarkably good 3. The CX-5 is another feather in the Japanese brand's cap, as it's a really great car to drive - feeling more like a well-sorted saloon than a crossover.

It's spacious, too, with room for the whole family and their clobber. Add in a great line-up of engines, decent interior kit and a good-looking body (available in Soul Red - one of the best colours on sale today) and you have a winner.

The first- and second-generation Kia Sportage was an unrefined SUV that felt every bit like the poor Korean cousin. The third-generation changed all that, becoming a great SUV that appealed to European tastes. The current model takes that even further.

With handsome looks thanks to Kia's "Tiger Nose" grille, plenty of equipment as standard, lots of room inside and a class-leading seven-year warranty, private buyers love the Sportage. The biggest problem Kia has? Persuading buyers to sell them, and buy new ones! 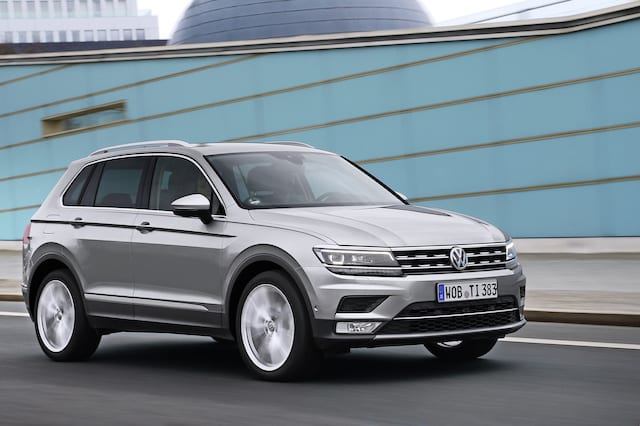 Volkswagen's Tiguan is a premium and practical family crossover, with a rock-solid interior that can rival anything from prestige manufacturers such as the Audi Q5 or Mercedes GLC.

It's not going to set the world alight dynamically, nor is it going to attract admirers in the car park, but for buyers seeking a discreet, classy, and comfortable SUV, the Tiguan makes a lot of sense. There's even a Tiguan Allspace available, offering seven seats.

When Renault took the mechanicals from the Nissan Qashqai to create its own family crossover, we can only imagine it told its marketing department to "come up with an even sillier name than 'Qashqai'".

Luckily, Renault's other departments were busier, and while the Kadjar shares many mechanical components with the Qashqai it benefits from a more stylish interior and slightly improved space for passengers and luggage. It's also available on some tempting finance deals.