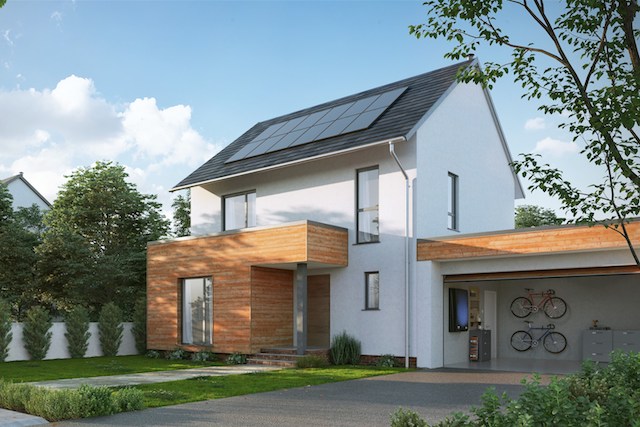 UK homeowners could reduce their energy bills by sharing electricity across their car and house, Nissan says. The firm says by linking an electric vehicle, home power grid, battery storage and solar panels, electricity could be generated and then resold to the National Grid at peak times – saving money in the process.

The Nissan Energy Solar system would see power collected via solar panels on sunny days and stored in a fridge-sized home battery. Plugging in your EV could also allow excess energy not used for driving shared across the grid.

SEE ALSO: How to charge your electric car for free

Filling up both batteries using cheap, off-peak energy during the night or the middle of the day would allow homeowners to re-sell it back to the National Grid at times of peak demand, reducing stress on the power grid and increasing the UK's use of renewable solar energy.

"Nissan Energy Solar aims to make renewable energy usage at home simpler and more affordable for UK residents – up to 66 per cent savings in their energy bills," Nissan claims. "It has been designed to allow UK homeowners to reduce their energy bills and get more independence from the grid, allowing them to live more sustainably."

The Nissan Energy Solar system starts from £3,881, including the installation of six solar panels. The new Leaf electric vehicle starts from £21,990.