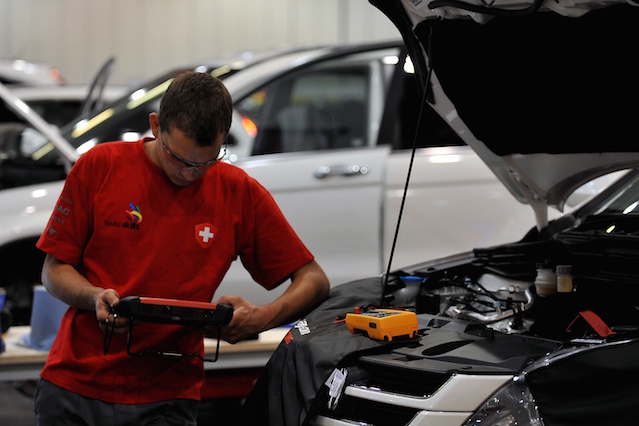 Ministers say they have "put road safety first" as the government decides to maintain the period before a car's first MOT test at three years.

This comes after the Department for Transport's (DfT) consulted with the public last year, to decide whether this should be increased to four years.

See also: More than a quarter of vehicles late for MOT, figures show

However, 1,251 of the 1,970 people who responded were against the proposals, citing safety as a major concern.

Many argued that the savings to motorists were outweighed by the risk to road users and that the MOT test often highlights upcoming issues affecting the vehicle.

It was argued that changing the time period until the first test would have saved motorists more than £100 million a year.

Roads minister Jesse Norman said: "We have some of the safest roads in the world, and are always looking at ways of making them safer.

"Although modern cars are better built and safer than when the MOT test was last changed 50 years ago, there has been a clear public concern that any further changes don't put people's lives at risk.

"We are looking at further research to ensure the MOT test evolves with the demands of modern motoring."

By law, all vehicles older than three-years must have a valid MOT to be driven on the road.

The test was introduced in 1960, originally requiring vehicles to undergo a first check after 10 years. It was changed in 1967 to three years.

RAC chief engineer David Bizley said: "We believe that the government's decision to stick with the first MOT being at three years is the right decision and one which will be welcomed by the majority of drivers and road safety campaigners.

"Our RAC breakdown data suggests that for the majority of vehicles, it would have been reasonable to move the date of a first MOT test from three to four years.

"However, for high-mileage vehicles, four years was too long and therefore it made sense to "keep it simple" and retain the current three year arrangement."