Microwaves in Europe responsible for millions of cars worth of CO2 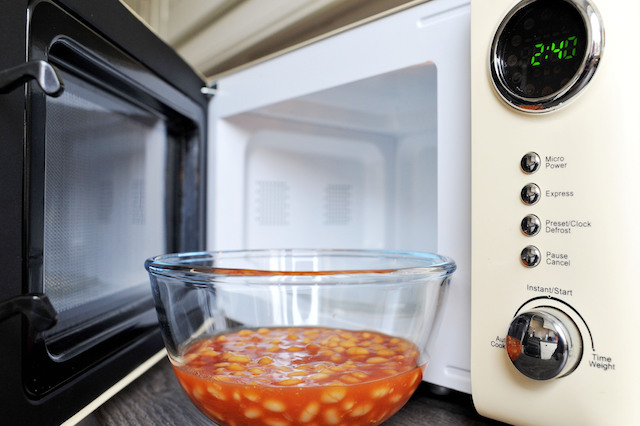 The heat is on for Europe's microwaves as it's revealed they emit as much carbon dioxide as nearly 7m cars. A new study by the University of Manchester worked out the emissions of microwave ovens over their lifetime, from manufacture to disposal, and found that quick, convenient cooking could be costing the environment dear.

SEE ALSO: Is your car at risk? The UK's most stolen cars revealed

The study found that the emissions from 19 microwaves over a year are the same as those from a car. Experts believe that the falling costs of kitchen appliances, and the way they're becoming kitchen status symbols mean that owners are throwing away microwaves after an average of eight years, rather than keeping them for longer periods.

Annual microwave sales are expected to reach 135m by the end of the decade.

But David Reay, professor of carbon management at the University of Edinburgh, says the carbon emissions of microwaves still pale compared to those of cars.

"Yes, there are a lot of microwaves in the EU, and yes, they use electricity," he said.
"But their emissions are dwarfed by those from cars – there are around 30m cars in the UK alone and these emit way more than all the emissions from microwaves in the EU. Latest data show that passenger cars in the UK emitted 69m tonnes of CO2 equivalent in 2015.

"This is 10 times the amount this new microwave oven study estimates for annual emissions for all the microwave ovens in the whole of the EU."

UK Drive: The Honda Jazz Crosstar adds chunky looks and a higher price tag – but is it worth it?

Five electric vehicles that could be cheaper than petrol equivalents

UK’s worst regions for driving while using a phone revealed