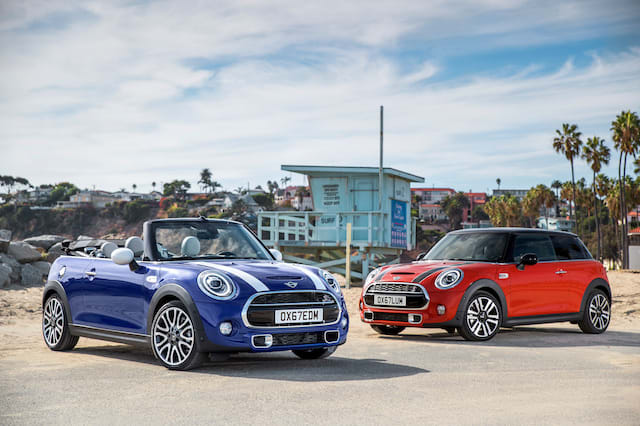 Despite being owned by BMW, Mini is a quintessentially British brand – with a factory in Oxford and the Union Jack roof decal still an incredibly popular option.

With the latest range of upgrades, though, Mini has upped the patriotism factor even further – while bringing the hatchback, five-door and convertible models up-to-date with the latest tech.

Mini adds Brit-themed upgrades for 2018
Up Next

The most eye-catching feature of the facelifted models are the brilliant Union Jack taillights. These will be fitted as standard on every UK model, and feature LEDs to bring the iconic shape to life. They join new LED headlights, with optional Matrix beams available.

Elsewhere, customers can choose from three new exterior colours, plus some fresh alloy wheel designs. There are no other major styling tweaks, but Mini's updated logo features.

Inside, every model gains at least a 6.5-inch touchscreen infotainment system, plus Bluetooth, while there's a new steering wheel. Customers can also personalise the car's interior and exterior with new 3D printed parts, using the Mini Yours customisation scheme.

Under the skin, little has changed, but the entry level One model has ditched its 1.2-litre petrol in favour of a detuned version of the 1.5 from the Cooper. Performance is unchanged.

Prices and specs for the newly eye-catching supermini will be revealed closer to delivery, but expect a slight increase over the outgoing model.