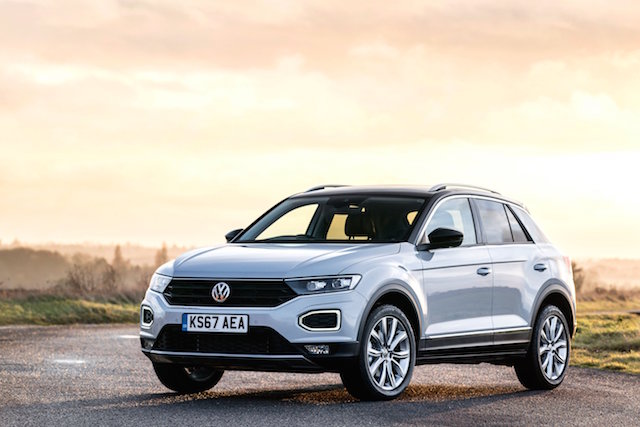 Volkswagen has joined the small-crossover market with its T-Roc. AOL Cars gets behind the wheel to see if there is any more to it than just the nice badge at the front.

The compact SUV market has been exploding with choice, but until now there has been a noticeable absence from Volkswagen. That is until now, as it has brought out the T-Roc.

It is Volkswagen's attempt to get a slice out of this booming sector, and despite the manufacturer playing catch up, it still hopes to make its way to the top.

However, with a spread of rivals at all price ranges, from the value-packed Renault Captur, all the way up to the Audi Q2 – there is some way to go to get the small SUV crown.

Alongside the T-Roc being an all-new model line for Volkswagen, it also establishes a new naming system for the brand – with the T-Cross SUV expected to be the next in the range.

While the engines are largely the same as most other Volkswagen Group products, as are the trim levels, the T-Roc does have a new Design specification, allowing customers to add some extra customisation to their crossover.

Our test car came with the 1.5-litre petrol 'Evo' engine – a powertrain that has been rolled out extensively across Volkswagen Group products in recent months.

At lower speeds, the engine has just the right amount of torque to get you up to speed, but it does struggle slightly on motorways or at high speeds, meaning you need to work the gearbox hard for brisk progress.

The chassis of the Volkswagen was tuned by Karsten Schebsdat – the genius behind the fantastic Golf GTI Clubsport S and formerly at Porsche – and it shows.

While it's by no means a hot hatch, it is one of the best-driving SUVs around thanks to well-weighted steering and comfortable suspension.

It's just as good around town, too, with a small turning circle and good front visibility. The view out of the rear is poor, though, thanks to a raking rear window and C pillars that both impede on your vision. Narrow wing mirrors don't help either.

UK Drive: Volkswagen T-Roc
Up Next

See also: Volkswagen Group models to be electrified by 2025

The T-Roc is a smart-looking crossover. It is well-proportioned and is certainly one of the more attractive offerings in the crossover market. While it may not stand out as much as the Citroen C4 Cactus or Nissan Juke, it is certainly handsome.

Should you want to change the look off your T-Roc, you also have the option to customise it. On top of the 11 base colours, you can also choose to have the roof in either white, black, red or brown. Two-colour cars really do stand out and add some extra flair to a somewhat understated, if classy, design.

Inside, one glance and you can immediately tell it's a Volkswagen – even if the badges were covered. The switches, buttons and steering wheel are all instantly recognisable.

This means that the cabin is well-made and is largely filled with high quality materials. However, there are a few exceptions with some hard plastics and cheap-feeling seats making their way into the T-Roc.

Design trim allows customers to add some extra style to the interior, too, as customers can choose to have the dashboard in four colours – an option not available on other models in the range.

The T-Roc we drove came in high-spec SEL trim. This meant it had dual-zone climate control, adaptive cruise control, and an eight-inch infotainment display with Android Auto and Apple CarPlay as standard. This trim level starts at £24,520.

Compared to its rivals, the T-Roc does look a little bit pricey. Top-of-the-range Renault Capturs cost around £22,000, while a range-topping Toyota C-HR can be had for around £24,000.

If you look past the price, the T-Roc is an exceptionally accomplished crossover in this overly competitive market. It's one of the best-looking cars in its class and it is great to drive, too.

While parts of the interior do feel a little cheap and rear visibility is not particularly good, these grumbles don't detract from the overall package, which puts it very near the top of the pile in the small crossover market.