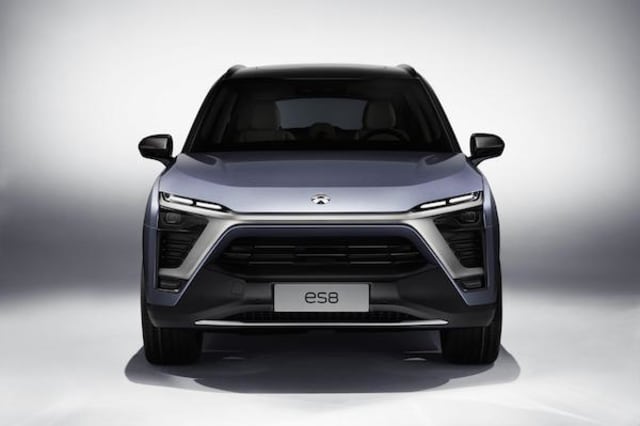 One of the most prevalent complaints from those thinking of making the jump to battery-powered propulsion is cost, especially when looking toward premium offerings from the likes of Tesla.

However, Chinese newcomer Nio has recently revealed its ES8 electric SUV, which offers similar levels of performance, electric range and interior roominess as the Tesla Model X for half the price.

Nio ES8 electric SUV
Up Next

SEE ALSO: Williams shows off platform for electric supercars of the future

The current Formula E competitor has been teasing with lavish performance models, including the EP9 sports car, as well as futuristic Eve self-driving concept, but the ES8 is the marque's first real stab at a sensible family car.

It features front and rear-wheel motors for all-wheel-drive capabilities, active air suspension across the trim range and a lightweight aluminium chassis that helps achieve the official range of 220 miles in standard models (311 miles option available).

Nio has developed its very own version of auto pilot self-driving capabilities, as well as an AI bot that apparently answers and assists drivers using clever voice control.

Although the Tesla Model X pips the Chinese contender in terms of range and performance figures, the ES8 still manages to dispatch of the 0-62mph sprint in 4.4 seconds.

Interestingly, the Nio ES8 also features a swappable 70kWh battery pack that can be removed and replaced with a charged unit in under three minutes at one of Nio's 1,100 planned battery-swapping stations.

But the firm has hinted that it i looking to expand into the USA and Europe in the coming years.