Motorists warned of long delays on December 22 AKA 'Frantic Friday' 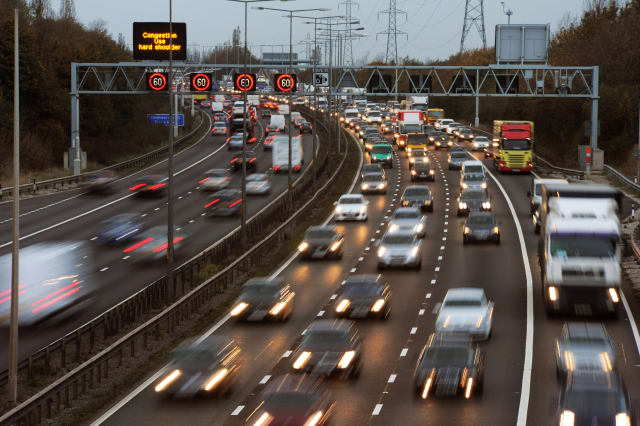 Motorists are being warned that they could face long delays, tailbacks and traffic jams on December 22, which is being dubbed 'Frantic Friday' by the RAC.

Although research by RAC Traffic Watch reveals pre-Christmas leisure traffic will peak on Christmas Eve, when 1.87m separate getaway car journeys will be taken, its experts claim that Friday 22 December is likely to be the most congested on the roads, as typical commuter traffic mixes with an expected 1.25m leisure trips.

Dubbed 'Frantic Friday', the jams and tailbacks could be intensified by a series of planned strikes and engineering works on some of the major rail routes, which could see an increased number of commuters reaching for the car keys rather than the railcard.

According to Network Rail, some of Britain's mainline routes will be partially shut as it carries out its biggest ever Christmas investment programme.

RAC traffic spokesman Rod Dennis said: "The roads are traditionally busy in the run-up to Christmas, especially when you have commuters, commercial and leisure traffic all competing for space.

"Things tend to get worse on the last working day before Christmas, with 'Frantic Friday' this year falling on the 22 December – we strongly urge drivers planning long journeys to avoid this day if they possibly can," he explained.

Don't be fooled into thinking that the roads will calm after Christmas, as RAC Traffic Watch expects Boxing Day to be the busiest on the roads, with an estimated 5.3m separate journeys planned.

In response to the expected increase in traffic, Highways England has imposed a 'roadworks embargo', which will be in place on motorways and major A-roads from 6am on Friday until 12.01am on January 2.

Highways England's customer service director Melanie Clarke said: "We're doing everything we can to make journeys as smooth as possible this Christmas and that's why we're keeping 99% of the road network we manage free from roadworks.

"Over the past two years we've already added 190 lane miles of much-needed capacity and that will make life easier for those travelling around this month, as the festive countdown begins".

RAC traffic spokesman Rod Dennis advises drivers to plan ahead and attempt to avoid peak times if they can.

"Depending on where you live in the UK, schools have been breaking up since Friday 15 December, so if you have a chance to complete your journey sooner than the end of next week then it might be a good idea to do that," he adds.