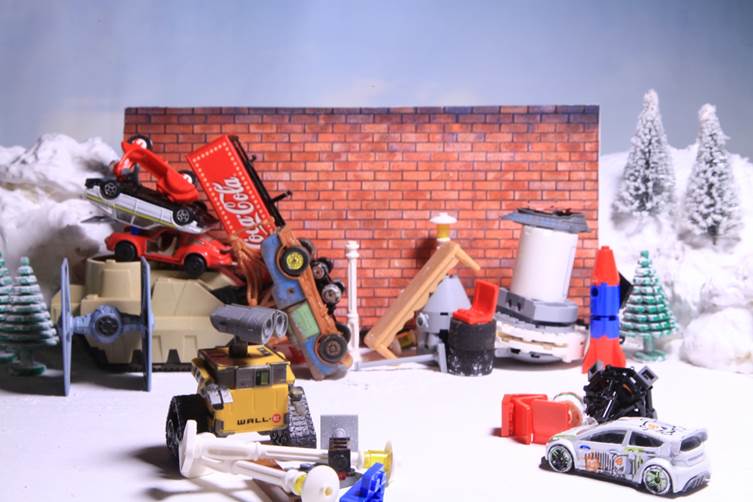 Ford has kicked off the festive season in style with its latest tongue-in-cheek stop motion video that pays tribute to Ken Block and numerous childhood toy favourites.

Now in its sixth iteration, the 'Snowkhana' series has been alive and well since Christmas 2012, garnering huge views across all social channels in that time, but this is the first year the story is interactive.

This year, the viewer has control over the toy Ford Fiesta, driven by Mental Block, with fans able to pick different paths and create a unique passage to the finish. At the end they find out if their choices have put them on Santa's naughty list or not.

According to Ford, It took one person a month to create more than 25 scenes including 12 different set builds and a total of almost 3,000 still images. Filming also required eight cans of snow spray, seven canisters of expanding foam, six sheets of MDF board and a cast of over 85 characters and vehicles.

Building sets, planning and shooting the film took one person around 130 hours and, apart from kitchen scenes, was all shot in a cold conservatory.

Watch the interactive video below: