What is the other half buying? Top ten luxury cars of 2017 revealed 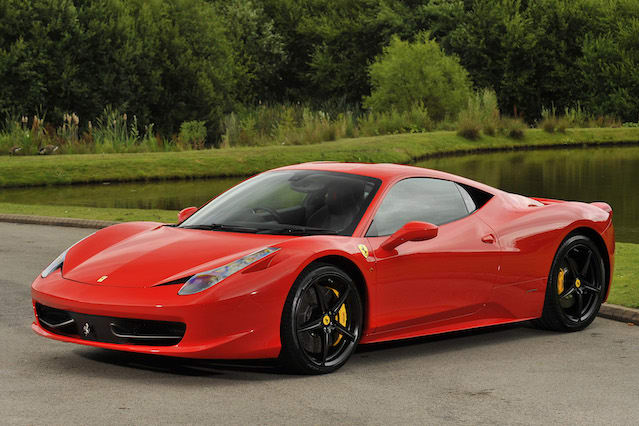 The best-selling cars in the UK are mostly pretty predictable – small hatchbacks, crossovers, and the ever-dominant Ford Fiesta at the top. This has been the way for years.

But in the exclusive world of supercars and high-end luxury models, the best-selling list looks a whole lot different. Figures from JBR Capital, which provides loans and finance on high-value vehicles, has now revealed the most popular supercars of 2017.

Top ten luxury cars of 2017 revealed
Up Next

SEE ALSO: New Range Rover SVAutobiography is the most luxurious yet

The car that JBR Capital provided more loans on than any other is that footballer's favourite, the Bentley Continental GT. This palatial super-coupe features either a V8 or V12 engine, and usually retails for over £150,000.

But JBR Capital says the car's popularity is due to comparatively low loan payments of around £1,800 a month – along with the car's other merits of effortless pace and all-weather ability. It's especially impressive that the Continental has continued to sell so well, considering it's a generally outdated model. The all-new version of Bentley's flagship coupe went on sale just a few months ago.

Next most popular after the Bentley is another British offering – the McLaren 570S. McLaren's best-selling car ever, the 570S offers up storming performance from its V8 engine. Running the McLaren close in third place is the incredible Ferrari 458.

Surprisingly, even among these ultra-luxury performance cars, there is a concession to running costs. JBR Capital's sixth most-financed vehicle was the all-electric Tesla Model S – especially popular among the wealthy London elite, who can avoid the £11.50 daily congestion charge by buying an electric vehicle.

How representative are these figures? Well, they only take into account cars bought via finance. The super-wealthy are likely to pay cash for their cars instead. Nevertheless, it's interesting to see which vehicles the rich – or even quite rich – choose to buy. Check out our gallery above to see the full top 10.