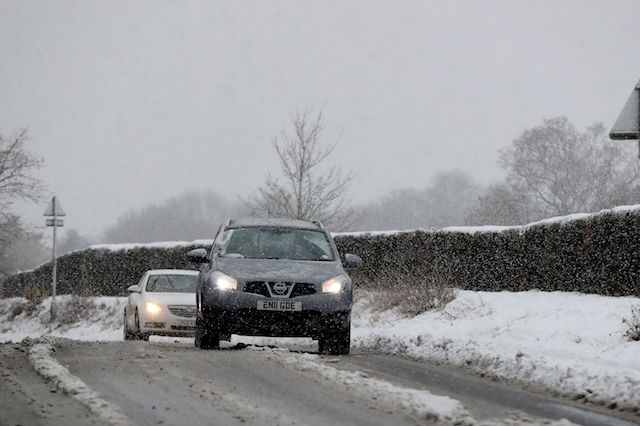 High levels of snowfall across the Midlands this weekend has caused chaos on the roads, leaving hundreds of cars stranded and resulting in multiple collisions.

Roadside rescue organisation the AA says it dealt with over 14,000 breakdowns on Sunday alone, as ill-prepared motorists braved the weather. Traffic was brought to a standstill on the M40 in Warwickshire, with motorists complaining that a lack of gritters had left the road covered in dangerous slush.

SEE ALSO: Top tips on getting your car ready for winter

Highways England claimed a lack of cars was the issue, surprisingly. It said eight gritters had been continually patrolling the road, but there was too little traffic to adequately spread rock salt across the carriageway.

"There was a lot of snow, and the action of the salt relies on traffic. It was a Sunday and the emergency services were telling people to not drive, so there were not enough cars for it to be effective," a spokesperson told the Guardian.

The Met Office has extended hazardous snow and ice warnings to Tuesday, with sleety showers set to push through the country overnight. As before, police are warning drivers not to travel unless absolutely necessary.

If you do have to drive somewhere, though, make sure you check out our top tips on staying safe while driving in winter here.