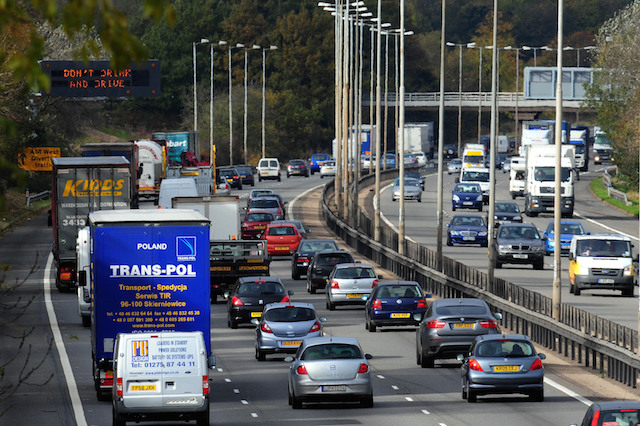 Highways England, the government-owned company responsible for road planning, is set to offer a Christmas miracle for drivers – freedom from roadworks. In a bid to cut congestion in the weeks surrounding the festive period.

Many millions of drivers take to the roads over the period, causing severe delays on popular routes – and denting Christmas spirit for many. Highways England has announced it will lift around 400 miles of roadworks on motorways and major A roads between December 22 – January 2, forming a 'roadworks embargo' and pledging to keep 99 per cent of carriageways open.

Highways England will open more lanes and lift temporary speed restrictions where possible. The company will also provide 5,000 staff over the period including traffic officers and control room personnel to clear incidents and manage congestion where possible.

Traditionally the worst of the Christmas traffic occurs on December 23, as festive getaways coincide with commuters on the last working day before Christmas.

But RAC spokesperson Rod Dennis warned that the measures would not completely eliminate hold-ups. "We strongly recommend drivers plan their journeys carefully and try and avoid peak times if they can.

"Those on the hunt for Christmas gifts are advised to stick to weekdays for their shopping wherever possible, to avoid the inevitable jams that are characteristic of the last few frantic weekends before Christmas."