Diesel sales to be overtaken by plug-ins by 2019 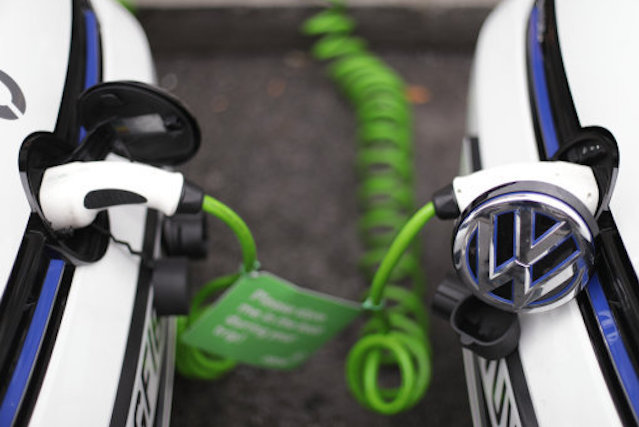 A report by an independent think tank has suggested that sales of plug-in hybrid and electric vehicles may overtake those of diesel as soon as 2019. The Energy and Climate Intelligence Unit analysed sales figures to produce the date, which is based on rapidly declining diesel sales – and a large uptake in alternatively fuelled plug-in vehicles.

Sales of diesel vehicles in October fell by 29.9 per cent compared with the same month last year. It's the seventh month in a row that diesel sales have dropped, and the largest decline in nine years.

SEE ALSO: Which are the best used electric and hybrid car buys?

During the same time period, sales of alternatively fuelled vehicles – fully electric and plug-in hybrids – rose by 37 per cent.

Though there's still a massive gulf between the two (62,349 diesel vehicles vs 8,244 plug-ins), if growth continues then sales of diesels could be overtaken sooner rather than later.

The think tank predicts that with current growth figures, hybrid and EV sales would overtake diesel by January 2021. But factoring in more rapid change due to legislation against diesel owners would see that tipping point bought forward to May 2019.

But the Energy and Climate Intelligence Unit also notes that it will be a much longer period before plug-in vehicles are the majority on the roads. Despite increasing sales, only 352,000 of the UK's cars are hybrids or pure electric cars – that's compared to 12 million diesels and 18.4 million petrols.

Matt Finch, business and economic analyst at the Energy and Climate Intelligence Unit, said it was possible that the number of hybrid and electric cars on the road would overtake diesels between 2024 and 2027.

He added: "What you are seeing is a steady drip of news and policy announcements that's pointing to the end of diesel. There's no nudge the other way and this tide will just keep coming. If you're thinking of buying a new car, the fact is that diesel has a bad name at the moment and electric vehicles are getting better and better."