Collecting a Christmas tree in a £10 million hypercar 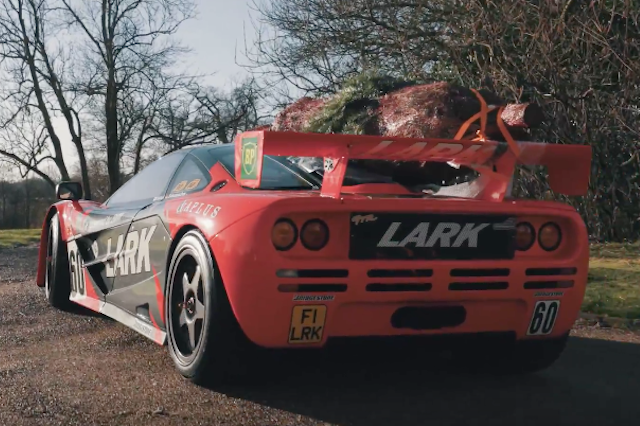 Now that we're finally in December, most people will probably be thinking about putting their Christmas decorations up.

For many, this will involve shoving a tree in the back of a mundane hatchback or crossover - unless you're Andy Bruce, that is.

SEE ALSO: Immaculate McLaren F1 goes up for sale with 149 miles on the clock

Andy Bruce (or to go with his social media name andy74b) isn't one to do things normally. That's why he picked up his seasonal tree in his McLaren F1 GTR. For the uninitiated, that's one of the world's most legendary hypercars, and is now worth around £10 million.

His F1 GTR is also the very car that came second in the All Japan GT Championship in 1996, now known as Super GT.

It seems to be the annual Christmas routine for the owners of hypercars and supercars to find the most unusual way of celebrating the festive season. In the past, people have even cooked turkeys using only the flames from a supercar's exhaust.

Despite these past efforts, Bruce has firmly outdone them all. He said: "Having watched a few supercar Christmas tree videos last year we thought we would do one better. It had to be done!"

Bruce also has one of the most impressive car collections of anyone in the UK. He also has a matching P1 GTR painted in the same Team Lark livery as this F1 GTR.