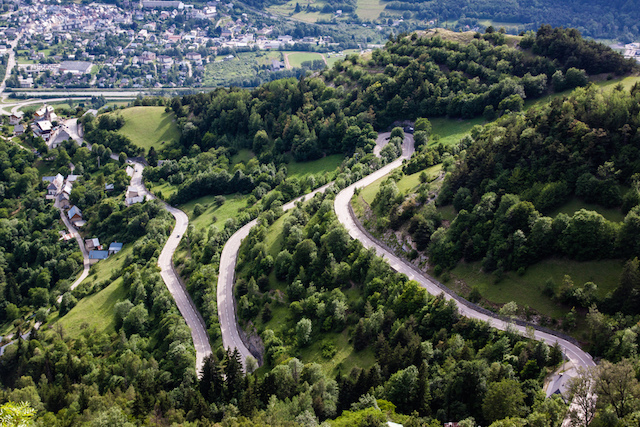 French investigators concluded that an experienced bus driver from Ashington, Northumberland, had prevented great loss of life after the brakes on the coach he was driving failed during the treacherous descent on the D211 road from French ski resort Alpe d'Huez.

The coroners court in Berwick heard how Maurice Wrightson, 63, deliberately steered the vehicle toward the rocky mountainside when its brakes failed while approaching the 21st hairpin bend.

The coach, which was carrying British resort staff on April 16 2013, was rapidly engulfed in flames immediately after the collision, forcing petrified passengers to escape through broken windows.

Co-driver Nathan Woodland, 39, who also worked for County Durham-based Classic Coaches, spoke at the coroners court in Berwick about how Wrightson hadn't initially been fazed by the steep, winding descent.

See also: Coach stops inches away from spun out car

According to The Telegraph, Mr Woodland told the court: "I could see the road all the way down to turn 21, the distance was about half a mile.

"The gradient was not that steep compared to other bits, but suddenly Maurice looked at me with a very shocked look on his face.

Mr Woodland then explained how he stepped into the aisle of the coach and shouted, 'grab a hold, hold tight' to his passengers before the vehicle ploughed into the mountainside.

Mr Wrightson was the only person on the coach to die after it burst into flames, although three were critically injured and 23 suffered minor injuries.

According to The Times, it took emergency services around 25 minutes to arrive at the scene.

Mr Woodland explained: "There was a girl who had been sat behind the driver's seat, her clothes were on fire. A man was trying to get her off the coach and douse the fire on her clothes at the same time."

The inquest was told that the French report concluded "the failing of the main brake, the pads of which had been completely destroyed by excessive heating", caused the crash.

The inquest jury heard that this was a result of the "poor condition of the hydraulic retarder". The hearing continues.