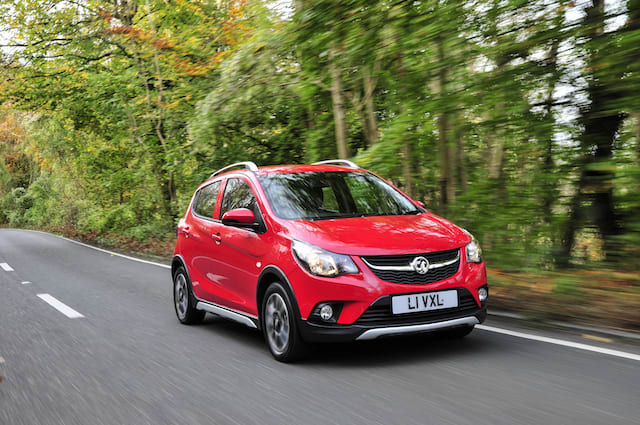 The car market has proved no market sector is immune to the influence of the crossover. The latest addition to the crew is a new version of the Viva city car. It's named the Viva Rocks, and brings SUV styling to the smallest sector of the UK car market.

Despite the name, the Viva Rocks is no real off-roader – take it onto anything more challenging than a lightly muddy field and it won't thank you for it. Instead, its appeal lies in chunky styling and a higher ride height – endowing the occupant with greater visibility and a sense of imperiousness over other, smaller city car-drivers.

In addition to the increased ride height, the Viva Rocks gets tough-looking body cladding, with black plastic bumpers instead of body-coloured ones. These not only look pleasingly chunky, but add a level of safety in supermarket car parks – being more resilient to dings from doors and errant trollies.

The Rocks also gets silver-coloured roof rails to match silver detailing in the front splitter and side skirts. A unique set of two-tone alloy wheels completes the look.

Inside, there are no changes, other than a slightly different view out of the window. Vauxhall says the Viva Rocks is 'among the best-connected A-segment cars on the market' thanks to its clever OnStar communication system – allowing you to speak to an operator to diagnose faults with the car, report emergencies, or even programme destinations into your sat-nav for you.

The Viva's intentions are clear – while some crossovers gain off-road settings for the drivetrain, the Viva retains its 'city' button on the dashboard. This lightens the steering for easier parking.

Even Vauxhall itself makes no pretention that this is at all off-road capable – but praises its existing virtues of five doors, cruise control, optional parking aids, and up to 1,000 litres of luggage space with the seats down.

The Viva Rocks will sit near the top of the city car class in terms of pricing, as it's set to start from £11,530. Order books are open now.