Pensioner colliding with a driving instructor caught on camera 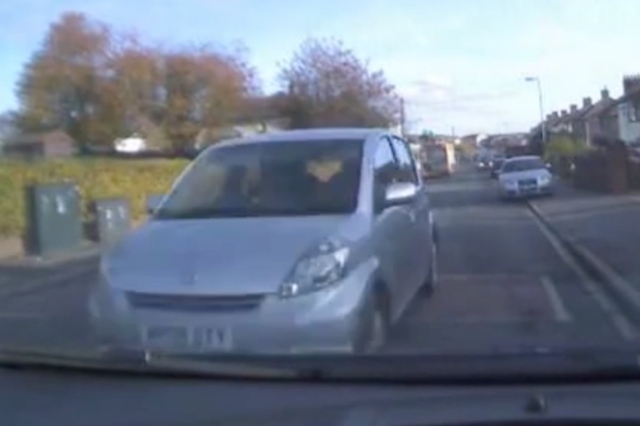 A learner driver in Newport, South Wales had a big shock recently, after an elderly driver collided with her instructor's car. The incident was caught on dashcam, and captured the crash – as well as the screams of both student and instructor.

The camera feed begins with the car parked at the side of the road, with tutor and student discussing the lesson. The offending vehicle, a silver Daihatsu Sirion, can be seen approaching, while the instructor comments "Oh, they're really close to that parked car."

The Daihatsu continues on its path, narrowly missing a number of cars while the pair brace for impact. It then smashes into the front corner of the instructor's car, coming dangerously close to rolling over. The victims can be heard groaning at the impact, but – ever the consummate professional – the instructor reminds his student "handbrake on" before they leave the car.

He told Deadline News: "I think the driver just misjudged the distance. I was sitting in the passenger seat, the learner has had quite a few lessons.

"It's left quite a bit of damage and I'm waiting to hear if the car is a write-off.

"We were like sitting ducks waiting for the collision. Poor old lady almost hit two cars before smashing into mine. Luckily she landed upright and thankfully, no-one was hurt."