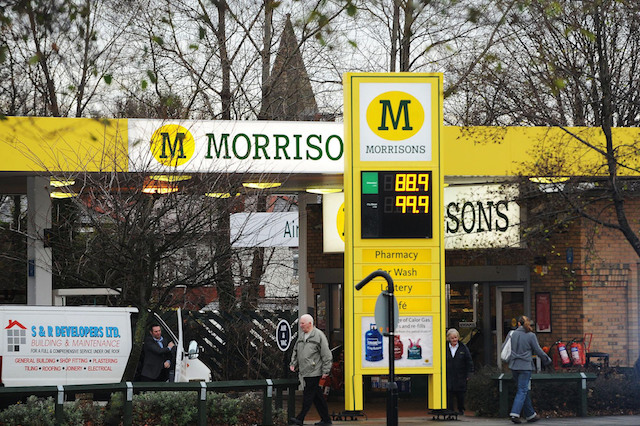 Amidst reports that a hike in fuel duty is set to hit motorists in the wallet over Christmas, Morrisons has revealed a special offer on petrol and diesel. Customers of the fourth-biggest supermarket in the UK will be able to net themselves a coupon for 10p off per litre of fuel.

Drivers will first have to spend £50 instore, after which they'll be presented with a voucher to use at any Morrisons fuel station. The vouchers will be valid until Sunday December 3, but drivers will have to hurry – customers must spend the money instore before Sunday November 26.

SEE ALSO: Petrol and diesel prices could rise before Christmas

The price cut would see the average motorist saving £5 on a tank of fuel, though drivers of bigger cars will benefit more. Customers brimming their top-spec Range Rovers could save as much as £10.70 filling the SUV's 107-litre tank.

Chancellor Philip Hammond is set to present his budget this week, and rumours are fuel prices will increase. Economists have warned the rising price of oil, plus raising fuel duty in line with inflation, could see prices increase by more than 8p per litre.

Steve Mosey, Morrisons services director, said: "Motorists could face a triple-whammy of rising petrol prices, extra fuel tax and a busy Christmas shopping season so we're doing what we can to help them afford to run their cars."