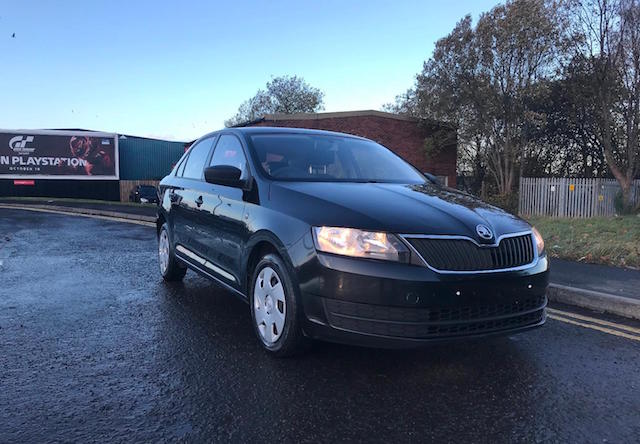 A Skoda Rapid with a ludicrous number of miles on the clock has been spotted for sale on eBay.

The seller, who is a dealer based in Glasgow, is quick to point out that this vast mileage has not been accrued by a taxi driver. However, seemingly a little obsessed with Hackney carriages, the dealer adds that it would indeed "make a great taxi".

Prospective owners should not be put off by the high mileage, though, as the dealer notes that the vehicle was owned and operated by the Parks of Hamilton coach division, as a way of moving coach drivers around the country. It is said to have been "fully maintained... regardless of cost".

It's described as being in fantastic condition, and can achieve "amazing" fuel economy – according to official figures from Skoda, it should be getting more than 60mpg from the 1.6-litre turbo-diesel unit. With just 89bhp, though, it might be Rapid by name, but not by nature.

Further highlights of this 2015 model include electric windows, folding rear seats and colour-coded bumpers and mirrors. It's also cheap to tax at just £30 per year, has been fully serviced and comes with three months of parts and labour warranty.

Tempted? It'll set you back £4,995 for the pleasure of attempting to take this reliable Skoda over half a million miles.