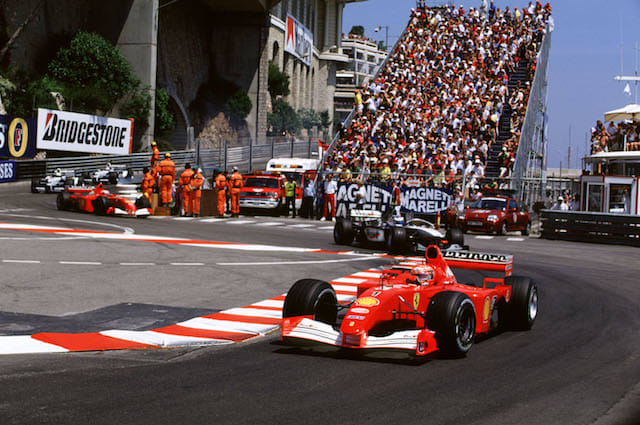 A Ferrari Formula 1 car formerly raced by the most successful driver in the sport's history has sold at auction for a record amount. The Ferrari F2001, raced by F1 icon Michael Schumacher, attracted plenty of attention when sold by RM Sotheby's in New York, and backed that up with the hammer falling at an amazing $7.5 million (£5.69m).

Sotheby's said the event was the first time a rare car had appeared in a fine art auction, and with its final selling price became the most valuable modern-era F1 car ever sold at auction. It's the very car that took Schumacher to his fourth of seven World Championship titles, clinching him his final Monaco win as well as the podium at the 2001 Hungarian GP, which cemented his title that season.

A portion of proceeds from the sale (after auction costs) will be donated by the former owner to Michael Schumacher's Keep Fighting Foundation.

In total, $310m worth of goods were sold at the auction, and 96% of lots found a buyer. Whether this marks a trend for more vehicles appearing in fine art auctions, we're not sure, but if they're all as spectacular as this F1 car, we're not sure we mind.

First Drive: Toyota’s Yaris builds on the reputation of its predecessor