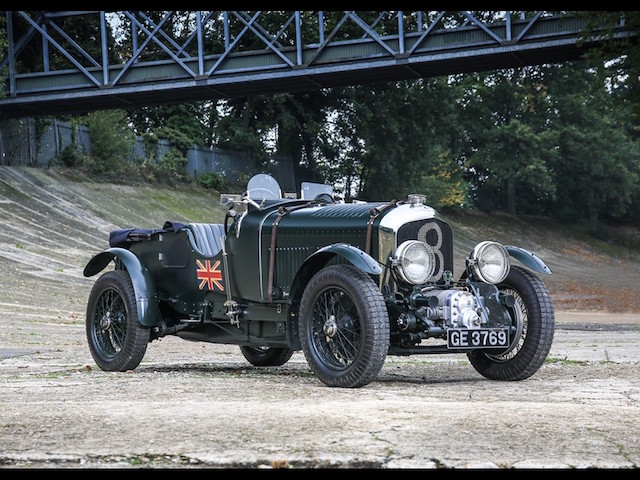 Sometimes cars don't need a famous owner, an interesting history or tragic backstory to make them appealing. Some are just wonderful examples of interesting vehicles, and we've rounded up a few of our favourites from the upcoming Historics at Brooklands auction.

Our Favourite Cars from the Brooklands Historics Auction
Up Next

The Citroen DS remains, even more than 50 years on, one of the most interesting cars of all time. With space-age looks, an incredibly high-tech hydraulic suspension system, and one of the most comfortable rides money could buy. Even today, it's considered one of the smoothest cars of all time.
This example was purchased by the current owner in 2012, when It was fully restored to the correct two-tone colour scheme. It's well-maintained, comes as a full seven-seater (for practical family transport) and has an auction estimate of £24,000-£30,000.

Here's a name you don't hear very often any more – Bristol. The British firm was well-known as a manufacturer of sports cars, but fell out of favour and eventually out of production entirely. This Brigand was offered as a modern and interesting alternative to the boxy designs of the 1960s, with a sleek shape but much more head and shoulder room than previous models.
The 1983 car seen here isn't in concours nick, but is described as being in 'lovely condition'. The vendor believes it to be the original development car which, though unproven, would make it a rather rare beast indeed. It's expected to reach £27,000-£32,000.

Now for a true classic. The 'blower' Bentley is a genuine icon of early British motoring history, and instantly recognisable. With a 'small' engine mated to a supercharger, it offered 175bhp and plenty of pace. Though it wasn't the most successful of Bentley's racers, it remains one of the best-looking.
This example began life as a Scottish Show car, with modifications that the owner had specified including a cigar lighter, built-in toolbox and sloped windscreen. It's since been converted to be an exact copy of the famous 'Birkin' Blower Bentley and is presented in amazing condition. As such, it's estimated to hit at least £750,000.

Although the Mini needs no introduction, this B.A.C. example does – it's one of three built as a celebration of the Mini's 30th birthday back in 1989. This example was once the property of Bernie Ecclestone and comes with some serious modifications over standard Mini spec. It features a modified MG engine, mated to a four-speed gearbox. Suspension is adjustable, and the modified bodywork is certainly eye-catching.
Resplendent in green inside and out, it's in perfect condition and is sure to be in high demand. Historics' £34,000 price estimate seems, if anything, a little conservative.

Not really a car but, with Christmas just a couple of months away, we couldn't resist this most merry of transportation methods. It's actually a snowmobile underneath (but you didn't hear that from us).
Fuelled by children's belief (and petrol) this incredible feat of engineering was actually a prop for 2014's "Get Santa" movie. It's accompanied by a number of authentic film costumes as well as a signed DVD copy of the movie.