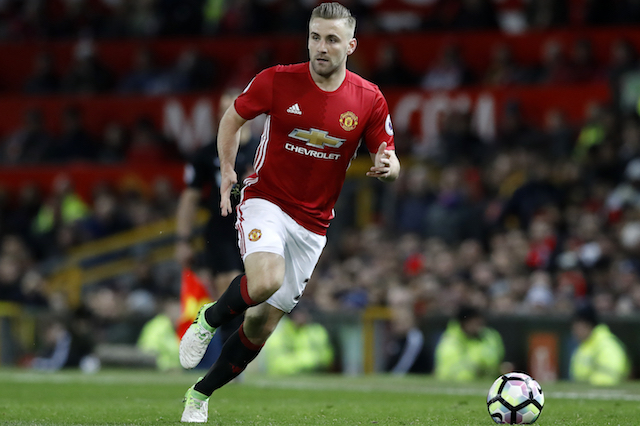 Accidentally reversing into a car is embarrassing at the best of times, but what if the car in question is worth more than the average house? And worse still, you only passed your test a year ago?

That's the dilemma faced by Luke Shaw – but luckily, as a Manchester United left-back, he's not short of the funds to fix the damage. Shaw, 22, allegedly reversed his £100,000 Range Rover into teammate Phil Jones' £200,000 Bentley Continental, after celebrating a 2-0 win away at Swansea.

Luckily, the shunt left nobody injured, and the minor damage to both cars shouldn't trouble Shaw's reported £70,000-per-week salary. Twenty-two-year-old Shaw broke records in 2014, after being signed to Manchester United for £30 million – the largest sum ever paid for a teenager.

Despite this, he only passed his driving test a year ago, though clearly his position allows a rather more glamourous first car than most – Shaw's transport of choice is a bespoke Overfinch Range Rover.

An unnamed source told The Sun: "Luke's concentration slipped and he clattered into Jones's car.

"He can afford the repair bill and there's no hard feelings. Nothing seems to be going poor Luke's way."

Shaw has made only two appearances in games this season, struggling to return to the game after breaking his leg in September 2015.