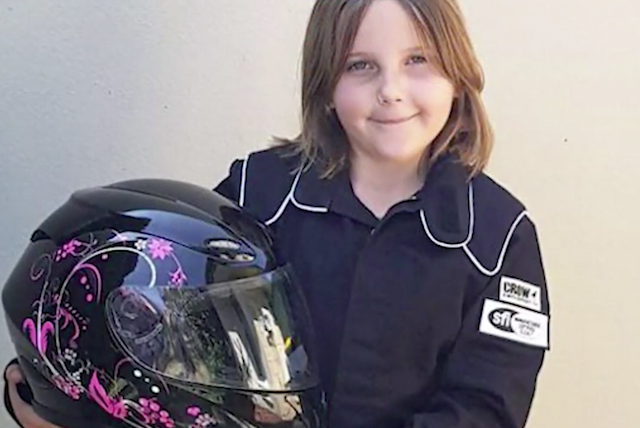 An eight-year-old racing driver has lost her life after her high-powered drag racer slammed into a concrete barrier during a test run.

Anita Board, of Aubin Grove, Western Australia, was performing a solo test run in the hopes of qualifying for a full racing licence, when her vehicle slammed into a wall.

Despite the best efforts of paramedics and other medical staff, police confirmed on Sunday that Anita had passed away at hospital with her family at her bedside.

The Western Australian government has suspended drag racing in the state until a police investigation has been completed.

Sport and recreation minister Mick Murray confirmed the suspension, saying: "The McGowan government is deeply saddened by this tragic accident and our thoughts go out to Anita's family and friends.

"The suspension of this category of motorsport activity allows for a full investigation to be carried out into the nature of the accident."

Junior drag racing is carried out at a much lower speed than full-sized cars. Racers aged between eight and 10 must not exceed 60mph, with speeds for beginners lower still.

Acting premier of Western Australia, Roger Cook, spoke about the possibility of raising the participation age. "We can't wrap our kids up in cotton wool, but we do need to make sure that we are protecting them and that they aren't taking unnecessary risks," he said.