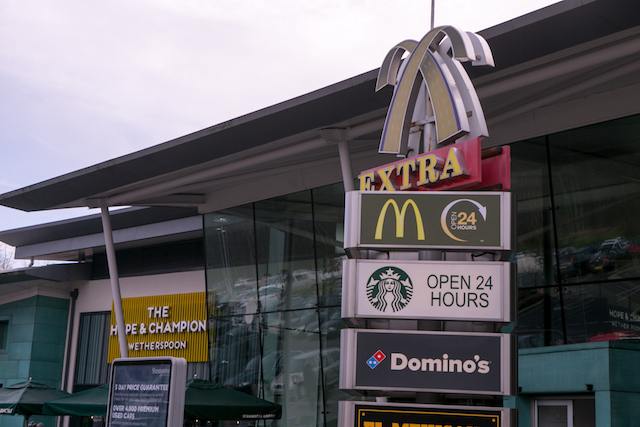 The first pub on the UK's sprawling motorway network opened in 2014, and was met with hefty criticism. Three years on and the public are no more enamoured with the idea of a public house on the public highway, as a recent survey has found.

SEE ALSO: Driving while tired is as dangerous as drink-driving

Other annoyances drivers wanted to see banished were HGV drivers on Sundays, caravanners, and lane hogs.

The Hope and Champion was the first pub to open on the motorway, at Beaconsfield services on the M40. The RAC commented at the time: "In our view this is a risky and, frankly, unnecessary move."

Road safety charity Brake echoed the RAC, saying: "The opening of a pub on a motorway is deeply concerning, and presents a potentially deadly temptation to drivers."

What would drivers like to see replace motorway pubs? Supermarkets topped the list, with 56 per cent of respondents saying they'd like to see one on the network. It's not just supermarkets either, as 25 per cent said they'd like other large retail outlets, such as IKEA.

Other wants from drivers included a greater number of petrol stations, independent shops, and charging points for electric vehicles.