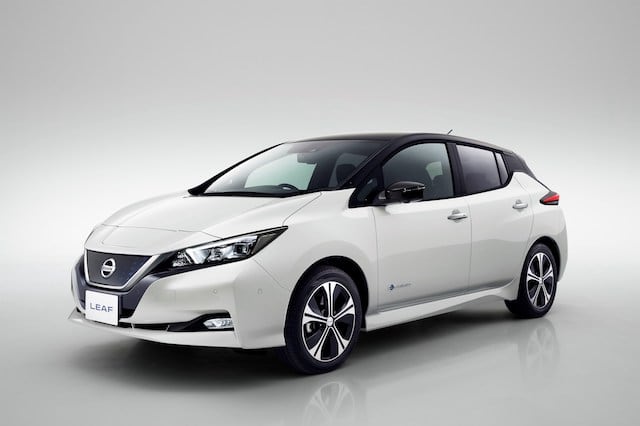 Nissan's Leaf is one of the most popular electric cars worldwide, which makes this second-generation model a big deal. AOL cars headed to Tokyo to have a brief drive in the all-new Leaf.

Nissan has introduced the second generation of its all-electric Leaf. This latest model is a real breath of fresh air as the previous car was starting to get a bit long in the tooth. It still retains the five-seat practicality with lots of new technology. We managed to drive one around the streets close to Nissan's Yokohama headquarters in Japan.

SEE ALSO: More than half of Brits expected to go electric within five years

One of the most important parts of the car is what lies under the skin – an all-new electric powertrain. It has a longer range than the old car, along with greater performance. Plus, it now features an autonomous system called ProPilot. This enables the car to drive and park itself under certain conditions.

There's also a new 'e-Pedal' which combines the accelerator and regenerative braking into one easy-to-use package – Nissan claims you may never need to use the brake again!

At the moment, there is only one powertrain option - a 40kWh lithium-ion battery mated to an electric motor, with a total power output of 110kW or 147bhp and 320Nm of torque. Nissan claims the car can travel for around 235 miles on a single charge. Although the car hasn't been tested to give official UK figures yet, when compared with the outgoing model, this appears an attainable figure.

Nissan Leaf first drive
Up Next

We took a short drive of the Leaf and found it to perform very well over the smooth Japanese roads. The power delivery is gloriously linear, with power coming instantly and the extra torque very noticeable. The Japanese version we drove smoothed out any bumps in the road, but the UK model will have harder suspension, and steering will also be tweaked. Road noise is ever-present, but the car is set to have extra sound proofing once it hits our shores.

The biggest change from the previous Leaf is the e-Pedal. Almost every electric car uses regenerative braking, and you can feel that feedback in the accelerator as you release it. This means many EV drivers barely use the brake pedal. The difference with the e-Pedal is it will hold the car once it's stopped - even on an incline, according to Nissan. Drivers will find it's easy to adjust to the new system, and in a matter of minutes you'll be completely up to speed.

This Leaf will also be the first Nissan sold in Europe to come with the semi-autonomous ProPilot system. It combines radar-guided cruise control with lane keeping and self-parking, and during our drive worked totally seamlessly. Unlike most self-parking systems, this one actually lets you choose the space – and will do it either forwards, backwards or parallel. 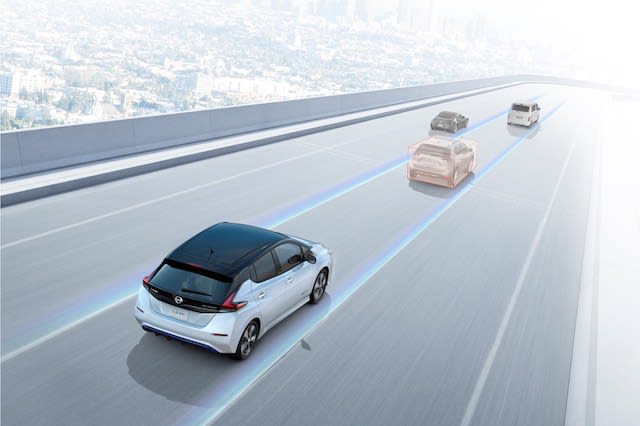 Compared with other electric cars on the market, there's no denying the Leaf lacks some major style kudos. It's better than the frumpy old car, but not by much. There was surely an argument over more miles of range or a better-looking car at some point, but functionality has won. That said, the Leaf is now more in line with Nissan's other products and touches such as the pearlescent grille add a tad more drama.

Small wheels and a bulky rear all make the Leaf look practical to a fault, though when specified with a contrast roof the car does look sleeker.

When the Leaf reaches the UK it'll be styled more like the Micra, according to Nissan. That means none of the plastic dashes we saw in Japan will be included and more soft-touch materials will be added.

What we did feel was hard-wearing, and undeniably practical. Space for both front and rear passengers is excellent, and the tall roofline contributes to great amounts of headroom. 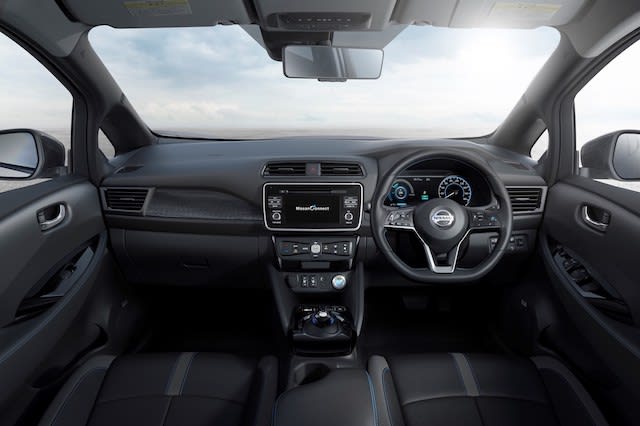 Although there are no prices out for the standard Leaf in the UK and specifications have yet to be released, Nissan has unveiled a limited edition version that'll cost £26,490. Our test car costs 3,990,600 Japanese yen, equating to £26,616. That gives you fabric seats, Nissan's touchscreen infotainment system kitted out with Apple CarPlay, ProPilot, e-Pedal, aircon, heated seats and - only available in Japan - a camera rear-view mirror.

The current car costs from £30,000, though attracts a £5,000 government rebate due to its electric status. We'd expect prices for the new one to be in line with the outgoing model.

Those already switched on to the idea of an electric car will have no issues with the new Leaf, and will find it ticks almost every box. With decent range, low price and lots of equipment, it's a compelling package. While everything's an improvement on the previous generation, it's a shame Nissan went for such a dull look – especially in a section unconstrained by engine packaging, where the sky's the limit. We'll need to reserve full judgement for the UK car, but on this first drive, Nissan looks to be onto a winner.