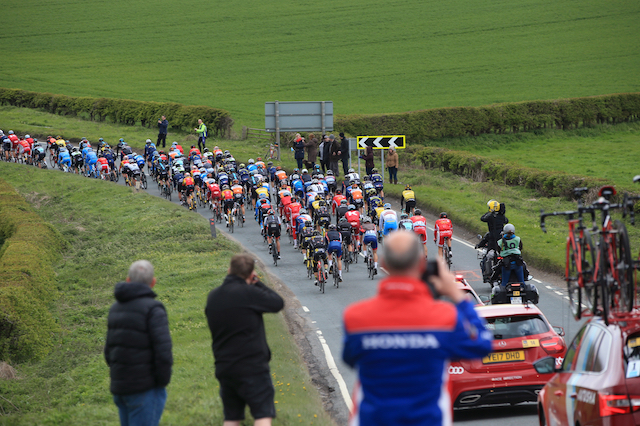 Whether it's potholes, middle-lane hoggers or drivers using their phones, almost all of us have some major pet peeves when we're out driving. But a new report from insurance comparison website Confused.com has found Britain's biggest motoring bugbear.

In a poll of 2,000 drivers, 54 per cent said that cyclists riding in pairs on single carriageways are the worst annoyance they face on the road.

Though the Highway Code forbids cyclists from riding two abreast on narrow lanes, busy roads or round bends, it appears the practice is still commonplace enough for it to really rankle the motorists of Britain.

Inconsiderate cycling could lead to one of the other top-rated annoyances – dangerous overtaking. Around 48 per cent of those polled flagged the practice up, while 53 per cent found dangerous speeding on narrow lanes a massive irritation.

Other practices British drivers hate are flytipping (37 per cent) potholes (35 per cent) and tractors (29 per cent). But we're not afraid to express our displeasure – 23 per cent of drivers polled said they shout at inconsiderate drivers, while 34 per cent use the horn. A particularly angry 14 per cent react using their middle finger.

The poll also highlighted the dangers of country lanes as opposed to motorways. As many as 41 per cent of drivers said they'd had an accident or near miss on a country lane, a figure backed up by the Department for Transport's latest findings. It found road users are 10 times more likely to be killed on rural roads than they are on motorways.