Ford agrees not to scrap classic car after pressure from enthusiasts 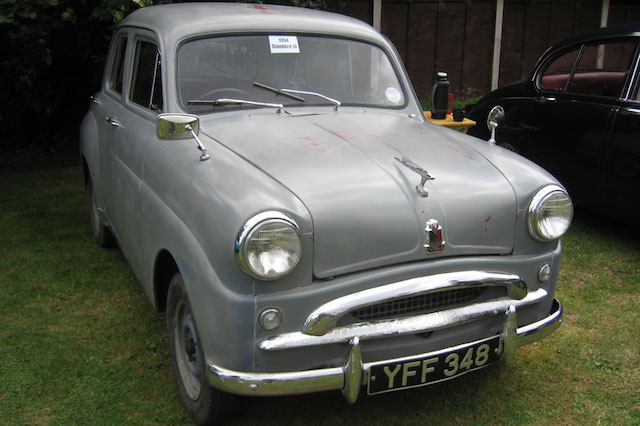 Ford has caused a stir after its dealership in Thurso, Scotland took in a 1959 Standard Ten Gold Star as part of its scrappage scheme. The rare classic was produced between 1954 and 1960 before the Triumph Herald took its place, and is therefore a rare sight on UK roads today.

The dealership initially intended to crush and recycle the car, but after a growing online campaign to save the Standard the dealership has relented and announced plans to help it avoid the scrapheap.

Tim Holmes, Ford UK's executive director, Communications & Public Affairs, now says that "we have been in discussion with Danny Hopkins, the editor of Practical Classics magazine, and we have found a solution that satisfies both the terms of our scrappage scheme and all the parties concerned".

According to The Telegraph, the car won the "Ladies Favourite" prize at the John O'Groats Classic Car Rally three years ago.

Under the terms of the scrappage scheme, the Ford will have to stay off the road, but one potential home is in a new museum being established in the region by the Scottish garage owner and classic car collector Edward Sutherland.

However, Hopkins is concerned that this might occur more often as scrappage schemes gain traction. He told the Telegraph: "What now needs to happen is that this argument is taken to the DVLA to get them to adopt a policy that any car with 'Historic' on its V5 is automatically exempt [from being scrapped].

"The historic vehicle industry is worth £5.5 billion per annum to UK PLC - a fact that makes an act of heritage vandalism such as this all the more extraordinary, especially from a car company.

"We are so lucky to have such a vibrant, passionate and active classic car movement in the UK, I am not surprised by the outrage that Ford's intransigence inspired."