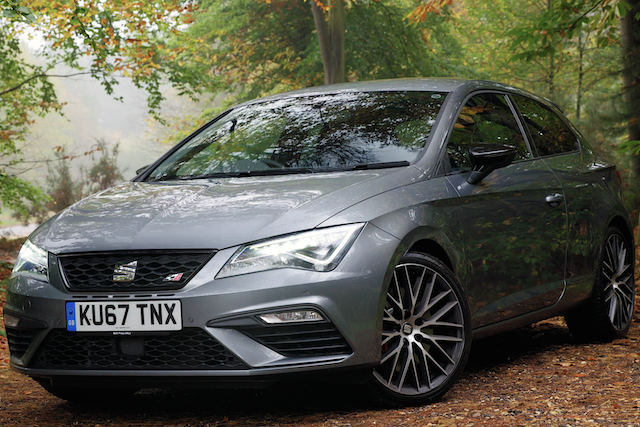 Britain has a long-running affair with the hot hatch. It seems consumers here can't get enough of the mix of performance and practicality such cars offer, and the Seat Leon Cupra has always been popular among car enthusiasts.

That's why we're incredibly excited to be running the latest model on a long-term test. It's a great time to get the new Cupra, as the hot hatch market is ridiculously bloated and there are a huge number of capable rivals hovering around the £30,000 mark worthy of attention.

The new kid on the block is the Hyundai i30 N, which undercuts its rivals on price with only a small performance penalty, while the recently revised and utterly brilliant Honda Civic Type R can be had from about £31k. Then there's the Ford Focus RS, VW Golf R and Peugeot 308 GTI to name a few others.

So with all that competition, what does the Seat bring to the table? We're running an SC model – three-door in Seat-speak – with a six-speed manual. The base price is £30,155, which is super-competitive. 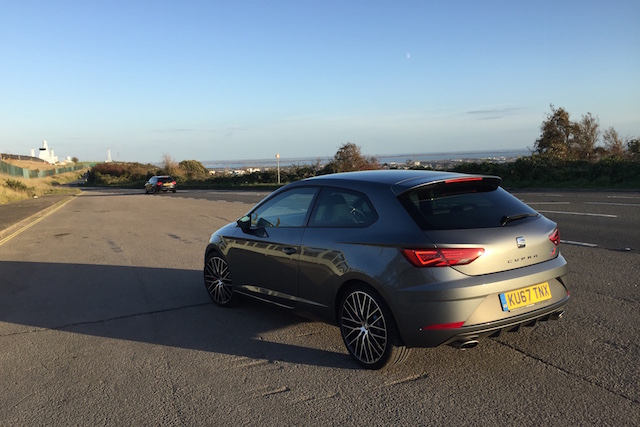 Options on our car are limited to £575 for Monsoon Grey metallic paint, £560 for the gorgeous 19-inch CUPRacer alloys and £1,290 for black bucket seats. The latter are pricey but highly recommended, as the standard Cupra seats look like they've come straight from a base diesel model.

Under the bonnet is a 2.0-litre petrol engine – the same one found in various VW Group cars – that makes 296bhp after receiving a 10bhp bump earlier this year. Torque was also increased, from 350Nm to 380Nm, which is a hell of a lot for a front-wheel-drive car to handle. Fortunately, a clever differential manages the power effectively.

The Cupra looks fantastic from the outside, with its wicked alloy wheels and sharp styling, but once you drop into the driver's seat the view is rather disappointing. The dashboard is dark and dull and doesn't look like it belongs in a firecracker version of the VW Group's supposedly fun and youth-orientated brand.

Fortunately, any yawns induced by the interior are put to bed the second you push the Cupra button. This stiffens the suspension, makes the steering more direct and the throttle more responsive. It immediately changes the car's character, aided by a gruffer engine note.

The best way to describe charging the Leon Cupra down a back road is 'frenetic'. Engine response is lightning fast, and the power comes in one big lump that should leave the front wheels scrabbling for grip but, remarkably, doesn't. 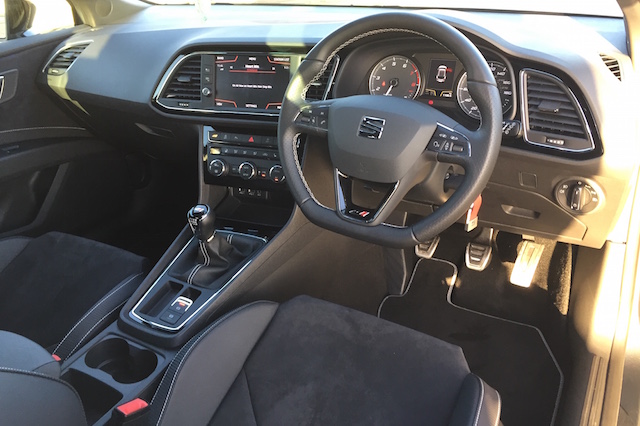 If you're looking for poise and composure the feisty Seat probably won't appeal, but so far we've loved how much fun it is, even at sane speeds.

Perhaps most impressive of all is that in its most comfortable setting, the Leon is a calm and relaxing little hatchback. The infotainment system works well, there's plenty of space in the cabin and you can achieve 35mpg on a long drive, which really pushes home the do-it-all ethos of a hot hatch.

Early impressions of the Seat Leon Cupra 300 have been largely positive, and we can't wait to put a few thousand miles on this super-fun hatchback.

HIGHLIGHT OF THE MONTH: Getting to grips with the feisty Spaniard on our favourite B-roads.