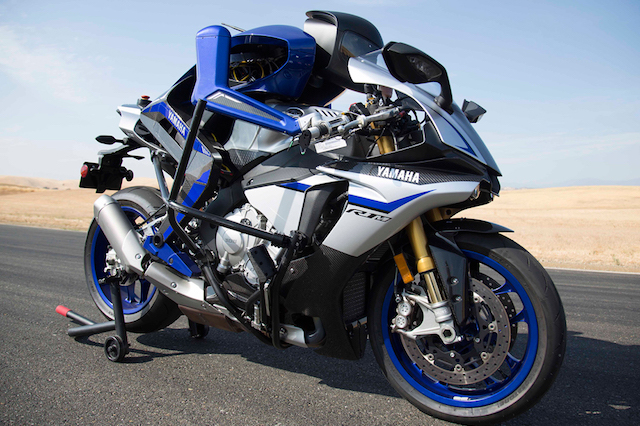 Yamaha has created an autonomous motorbike, and it's been proving its pace alongside MotoGP legend Valentino Rossi for a second time.

The Yamaha R1-motobot uses an autonomous rider that sits atop the motorbike and controls it, with some help from a couple of stabilisers on each side too. Yamaha's goal two years ago was to race against Rossi in a fast-paced duel, and now it has taken place at the Thunderhill Raceway in California.

The real challenge wasn't the track, though. Although grueling in itself, the challenge was pitting an autonomous machine against Rossi – a man who has achieved nine world titles in his three decades of racing and has been dubbed by some as the greatest MotoGP racer of all time.

However, the first lap didn't go well for Rossi, who managed to achieve a time of 1:24.740, something online news site New Atlas says isn't all that impressive.
The Motobot didn't get close though, managing just 1:57.504 and a straight-line speed of 124mph.

Throughout the rest of the duel, the gap between the pair remained at around 15-20 seconds in favour of Rossi.

Despite Yamaha not achieving its main goal of beating the Italian, it still shows what technology is managing to achieve, and given some tweaks and perhaps some more lap time who knows what could be possible?