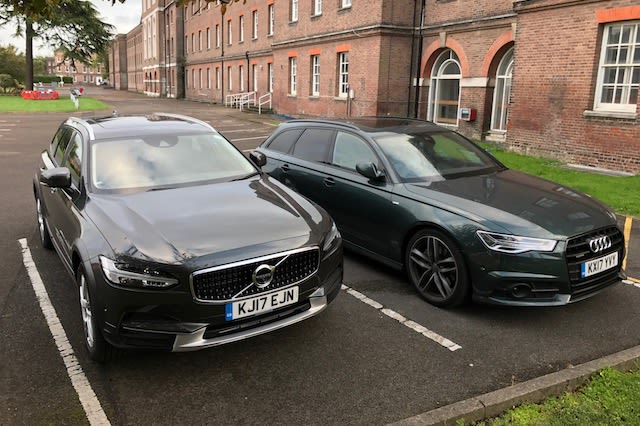 What started with the much-lauded introduction of the long-awaited XC90 to critical acclaim created a snowball effect of Volvo love for the following XC60, V90 and soon-to-arrive XC40.

There's no denying the Swedish firm is on a roll, which makes my time with this, the V90 Cross Country, all the more intriguing.

After seven months with an Audi A6 Avant, swapping the keys for the Volvo was a bit of a shock. They're incredibly different cars, and immediately noticeable was the harsher ride in the Volvo and its lack of power compared with the far higher, pokier diesel in the Audi.

That said, as my time with the car has fermented, I've got used to both and accepted the slightly harsher ride over potholes and more sedate pace. I've also grown to love the functionality of the Volvo and the huge amounts of space it offers.

This is the Volvo V90 D4 AWD Cross Country Automatic. Under the bonnet is a 2.0-litre, 190bhp engine capable of 130mph and hitting 60mph in 8.5 seconds. The latter sounds a bit lacklustre, and sadly it is, feeling somewhat underpowered on the road.

But what it lacks in go it makes up for in economy – an impressive 54.3mpg is achieved on the combined cycle and it emits just 138g/km.

Unfortunately, we didn't get to spec our long-termer, but I'm still quite taken with the Pine Grey paintwork, which is definitely more green than grey in the flesh.

It weighs in at a hefty £46,755 – and nearly £6,000 of that is options. The Xenium pack adds a power glass panoramic sunroof and a brilliant 360-degree parking camera. It also includes parking assistance, which will automatically park you both parallel and perpendicular, but costs a whopping £2,000. I'm currently experiencing mixed results with it, but will report back over time.

Volvo V90 long-term report
Up Next

Other options we couldn't do without include keyless go (pricey at £575, though) and the family pack, which offers clever built-in booster seats in the rear, sun curtains and power child locks (£450).

The seat pack, which includes mechanical cushion extension, a powered memory driver seat and powered passenger seat, should really be included as standard but added £1,550 to the price tag, while other extras you really shouldn't pay extra for are 'smartphone integration' at £300 and a CD player at £100.

I'm rather taken with the huge, touchscreen multimedia system in the middle of the console. It controls everything, from heating to heated steering wheel, sat nav to music – and all via an elegantly designed screen. It's intuitive to use, in the main, but not without its quirks.

As good as it looks, and as smart as it is to use, I often encounter problems. Sometimes CarPlay will work, sometimes it gets stuck in a phone selection screen that does nothing, while I find the sat nav can be frustrating to follow.

This is the first time that I've had the chance to get to know CarPlay and it really is excellent – when it works. Plug your phone in, via a cable, and it gives you the ability to read and answer text messages via Siri, you can make and receive calls, or use Apple Maps.

I tried the latter on a recent trip and was amazed at how easy it was to input a destination with Siri's help – I did it all via voice instructions. However, a mile from the end of my trip it went haywire and attempted to send me on a half-hour detour. Although not a fault of the Volvo, it was annoying nonetheless. It's situations such as this that make me think the dawn of the driverless car is a long way off yet. 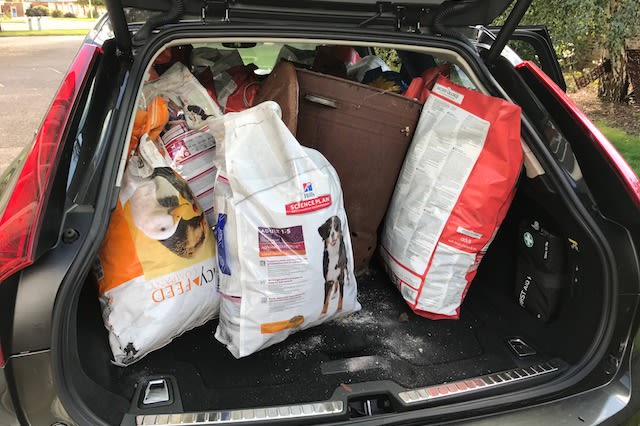 The Volvo has plenty of other clever tricks and gadgets to play with, though, and I'm still getting used to the active lane steering and traffic jam assistance. I'm not 100 per cent sure on either yet, so again will report back in the near future.

I've got a date set to pop to a local dealer soon to have the car's built-in SIM card activated, which will give me the ability to gather information on the car's status via a smartphone app. It's something I'm very much looking forward to trying out. For now, though, I'll simply continue enjoying driving one of Volvo's stylish new kids on the block.