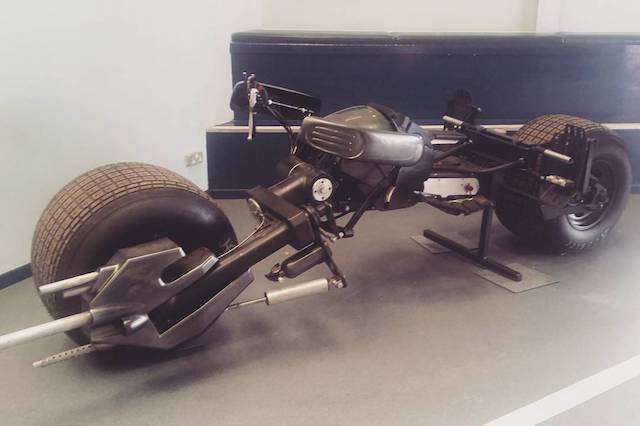 A vast array of film, TV and sci-fi memorabilia has gone under the hammer at Wilson's auctions in Northern Ireland – plenty of it from a single collection, owned by a convicted drug dealer.

Martin Fillery, 46, who was jailed for helping run one of the largest cannabis factories in the UK, had spent decades building up the nostalgic collection, which included cars from Starsky and Hutch, Roger Rabbit, and Batman.

The items were estimated to have cost over £1 million, but attracted a total of £76,000 when split up and sold.

In amongst statues and figurines from iconic shows were several instantly recognisable vehicles. A Starsky and Hutch-style Ford Torino – sadly missing its blue light – sold for £7,600, while a replica of the Only Fools and Horses Reliant van went for £6,000.

One of the most interesting vehicles on show was an authentic prop from Back to the Future II. A specially customised BMW 6 Series, it attracted plenty of bids, eventually selling for £20,000.

Batman fans were in for a special treat though. Although no bona fide Batmobiles went up for sale, there was a replica Batboat from the 1960s TV show, and a contemporary Batbike from the modern trilogy. They sold for £15,000 and £13,000 respectively.

In non-car terms, other lots included a life-size Terminator, an Iron Man statue, a Star Wars Stormtrooper uniform and a waxwork of Gene Wilder's Willy Wonka.

Fillery's items went for auction after he was jailed for eight years at Salisbury Crown Court for conspiracy to produce class B drugs, money laundering and electricity abstracting.