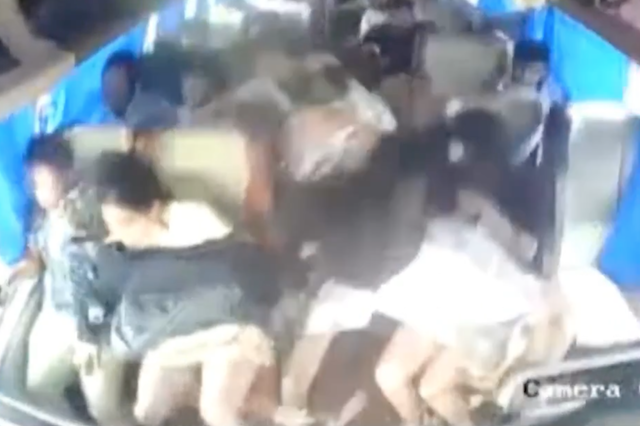 If you needed a reminder to buckle up when travelling in a coach, this is it. Shocking footage from inside a coach in China shows the moment dozens of passengers flew around inside the vehicle, after an impact caused it to flip off the road.

At the beginning of the video, it's possible to see a car overtaking the coach through the driver's window. For unknown reasons, it suddenly swerves into the side of the vehicle.

The coach driver spots the impact just before it happens and attempts to swerve out of the way, but his actions are too little, too late. The impact of the car unsettles the coach, forcing it off the road and onto its side on the verge.

Footage from the coach's second CCTV camera shows the passenger area, where there's a clear divide between those who've buckled up and those who haven't. Errant passengers are seen flying across the cabin, while those wearing their seatbelts remain firmly – if uncomfortably – in place.

Luckily the impact wasn't more serious, and it appears nobody on board was badly injured.