Ultra-low mileage classic Ferrari set to go under the hammer 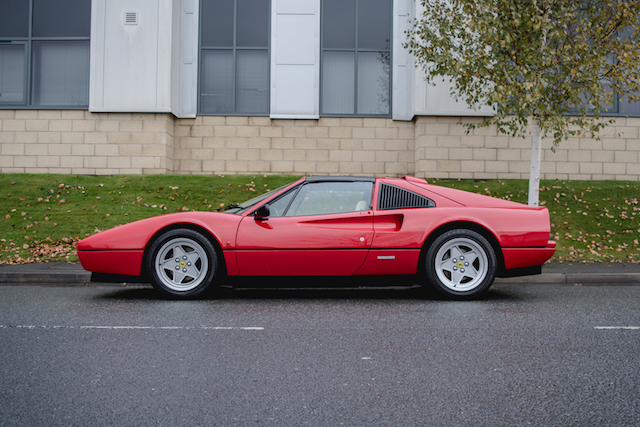 The 328 GTS was supplied new in 1985 to its owner by JCT600 in Leeds and is finished in Rosso Corsa red. Inside it has lovely thick cream leather seats with red carpets to match the exterior.

Having been cosseted all its life, this 328 GTS could be one of the lowest mileage examples in the UK.

Coming with a full service history, there is documentation to suggest that the car's fourth owner bought the car in 1988 and then sold it 11 months later during the classic car boom period for a huge profit, selling for more than £100,000.

Based mostly on the 308, the 328 GTS had a slightly larger engine, being increased to a 3.2-litre V8. Other modifications included the colour-coded pop-up headlamps, sharper body styling and an improved dashboard that includes three dials above the air vents and radio including one for the oil pressure, a petrol gauge and a clock.

This particular car looks to be in showroom condition. The paintwork is still glossy and is a testament to its previous owners. The car is also totally original and has not been recommissioned or restored.