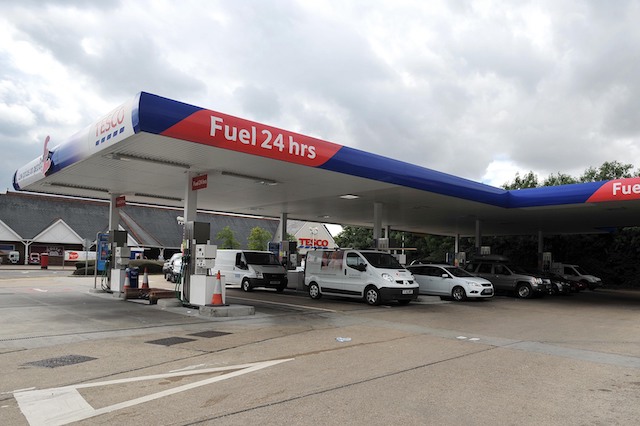 The UK's biggest supermarket has today launched a new discount on the price of petrol and diesel at its fuel stations.

Customers who spend £60 or more on groceries in-store or online can claim a discount of 10p per litre of fuel. The discount applies to both petrol and diesel.

The offer could save the average car driver around £5 off the cost of a fill-up – though those with larger fuel tanks would see greater benefits. Owners of the Lamborghini LM002, for example, might be pleased to save £29.00 off the cost of filling its vast, 290-litre tank.

The offer will run until November 5, and is part of a series of Tesco's "little helps" campaign aimed at protecting customers against inflation.

Matt Davies, CEO of Tesco, said: "Over the past two years, we've been doing everything we can to serve shoppers better – from offering simpler, lower, more stable prices to working in partnership with our suppliers to protect customers from inflation.

"With half term and Christmas just around the corner, we know it can be an expensive time of year for customers – especially those with young children."

The price cut is only for customers spending cash in-store, though. All four major supermarkets have already cut prices by around 2p per litre, with diesel attracting a smaller price cut than petrol.

RAC fuel spokesman Simon Williams said at the time: "This is some very welcome relief for motorists who have suffered a 3p a litre rise in the average price of petrol since mid-August as a result of Storm Harvey hitting the US Gulf Coast and disrupting refineries."