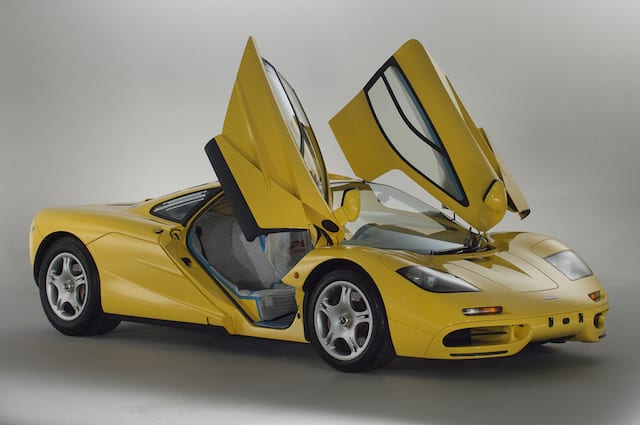 A rather special vehicle is set to break price records when it goes up for sale. The McLaren F1 isn't exactly a common car in any guise, but this example is rather rarer than most, having remained virtually unused since it was built in 1996.

One of just 106 examples ever built, this car presents beautifully in Dandelion Yellow. It was the 47th car built, and despite being supplied new to a Japanese collector in 1996 it's covered only 149 miles. Even more remarkably, those are said to be pre-delivery factory testing miles – meaning the owner has never driven the car himself.

In fact, the F1's interior is still wrapped in its protective coating to preserve its interior to factory condition.

It's even been signed by the designer, the legendary Gordon Murray. His signature on the rear has been lacquered over, and can be considered a permanent addition to the paintwork.

This F1 is certainly the best-preserved example in existence, and as such we're fully expecting it to command a high price when it goes to auction. A 9,600 mile example recently sold for £11.8 million at Pebble Beach.

The chances of this car's price exceeding that one are pretty high, even with classic values slumping in recent months. This F1 is on sale at supercar dealer Tom Hartley Jnr.

Immaculate McLaren F1 heads to auction
Up Next