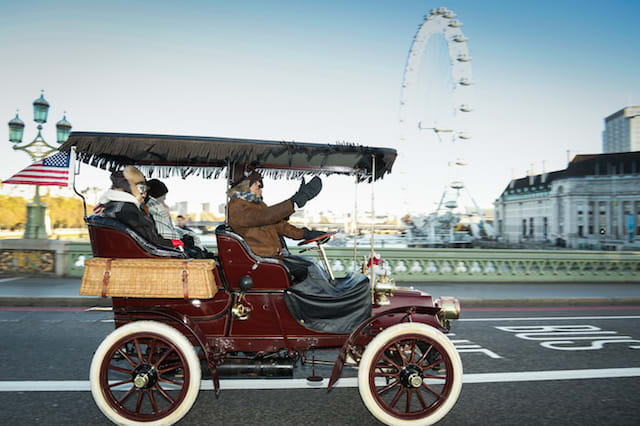 The London to Brighton run is the premier annual event for owners of pre-1905 cars. Run by the Royal Automobile Club, it sees flocks of ancient vehicles picking up their petticoats for a voyage from Hyde Park to Madeira Drive in Brighton.

This year's event is set to be heavily attended, with more than 450 attendees confirmed. That's the biggest turnout for five years, and entrants come from as far afield as Argentina, Norway and Hong Kong.

The oldest vehicle on this year's run will be an 1893 Peugeot Type 3. It will be the first to leave Hyde Park, followed shortly by a sibling from 1897 which was the first to use a Peugeot-designed engine.

Though the majority of cars will be petrol-powered, variety is the spice of life and as such there will be three electric vehicles and even some steam-powered. A particular highlight is the 1896 Salvesen steam car, as well as Harrods' Pope Waverley electric vehicle.

British marques are as well represented as you'd expect, with familiar names like Vauxhall, Humber and Riley all attending, but a rather rarer offering is the Santler Dogcart – believed to be the oldest British car in existence. It will actually be sold at the Bonhams London to Brighton run sale, two days before the event, complete with a guaranteed entry.

As ever, if you'd like to view this spectacle, you can line the roads of the run, or catch a glimpse of the cars at the start or finish points.

London to Brighton Veteran Car Run
Up Next