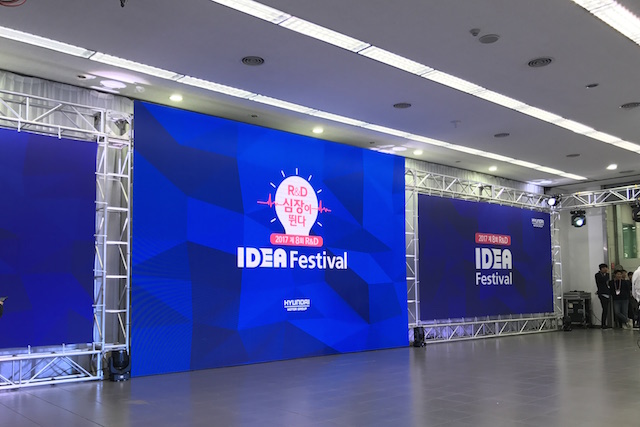 A self cleaning car, a multimedia system that interprets sign language and an Asimo-rivalling robot assistant were just some of the ideas in the running for awards at Hyundai Motor Group's wacky Ideas Festival.

Held annually at the group's Namyang R&D centre on the outskirts of Seoul, the event allows Kia and Hyundai's up-and-coming young engineers to set their minds free and create bonkers new technology.

The teams of budding engineers presented their ideas at the X-Factor style festival on Thursday (October 12), competing for prizes and the attention of the company's top brass. Here's a round-up of the best. 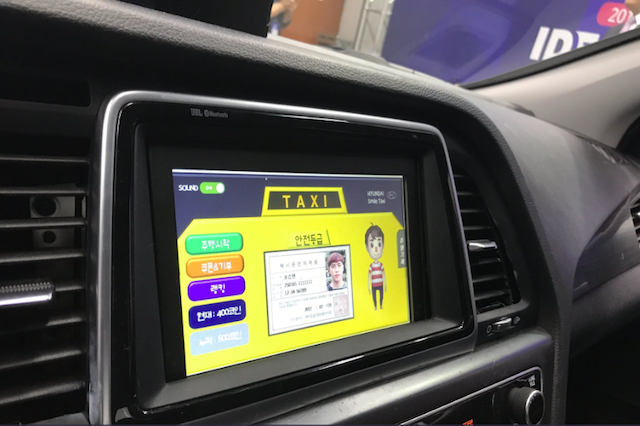 Using the voice of a child to warn drivers when they're doing something wrong may sound a little creepy, but it's exactly what the brains behind 'Mind Taxi' think will improve road safety. Awarding 'coins' to drivers who buckle up when they're suppose to, or when they drive safely, the system works like a game – with a shared leaderboard for a competitive edge – and congratulatory messages from the built-in voice. Start driving erratically and you'll get a slap on the wrist from the little one, much like you do when you put an end to a toddler's Peppa Pig binge session. 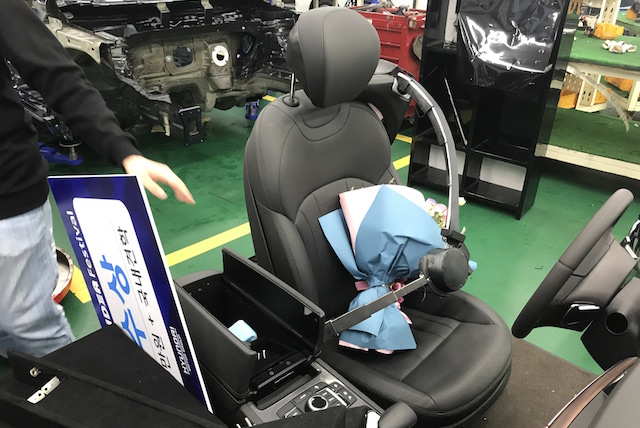 We already know the cars of the future will have the ability to drive us to the shops while we chill out watching TV – but the team behind 'Thinker Belt' don't think that's enough. These guys want the car to buckle up your seatbelt for you too. The automated unit draws the belt down over your shoulder and across your lap when you get in, and releases it when you stop, or in the aftermath of a crash. Quite how lazy drivers need to be to want this remains to be seen.

Wacky Korean ideas No1: Meet the self cleaning car. The bug like Dust Buster lives in the retractable grille and can crawl all over the car pic.twitter.com/l9kyiRtYCu

Picture the scene: it's Sunday morning, you can hear the neighbour power up the jet washer and are guilt-tripped into getting out of bed and giving your motor the once over too. That'll be a thing of the past if the 'Dust Buster' team get their own way. Hidden in a retractable housing in the grille of the cars of the future will be a bug-like cleaner, that uses vacuums and spinning discs to crawl over the surface of your vehicle to give it a spruce up while you sleep. Someone will just need to let them know the brand name's already taken.

And this is the Korean version of Honda's Asimo. Called Romo he can be ridden or help take out the rubbish. No word on 7 year warranty... pic.twitter.com/EHWnLAoMhB

Comparisons between this robotic helper and Honda's Asimo would be unkind, but they'll still be made. While Honda's pet project may be able to climb stairs, we doubt the team behind Romo will want their version attempting that anytime soon. It will, however, be able to double as a form of transport, thanks to a seat at the back, help you take the rubbish out or carry large items around. It uses similar tech to autonomous cars to help it avoid crashing and to recognise people.

And this idea is a mouldable interior that can be used to create seats, luggage space or even rock a baby to sleep. Like a giant pin picture pic.twitter.com/AkLfXF0g2g

The car interiors of the future won't necessarily have to come with a set amount of seats or storage space, believe the brains behind 'Fluidic Space'. Using a series of balls on rams, the interior will be able to change and shape to your needs. Think of it like one of those giant pin pictures you used to take a mould of your hand, but on a far larger scale - and powered by a smartphone app. The balls can create seats, luggage space, a massaging bed or even rock your baby to sleep.

The winning entry at this year's festival answered a serious problem. By analysing the sound the car 'hears' as it drives around, it can visualise these for hearing impaired drivers with lights on the dashboard and a tactile nudge through the steering wheel. An approaching ambulance would trigger the LED light bar under the windscreen to glow green, a police car meanwhile would shine blue. Cleverly, the multimedia system can interpret sign language for sat nav instructions like "take me home" or convert them to text messages.

The winning idea will now be assessed by the group's engineers and assessed to see if they're viable for introduction.

A spokesman for Kia said: "The point of the Idea Festival is to let engineers think freely. It's about opening their minds and letting them come up with something different. Whether we'll see any introduced remains to be seen – but it shows the ideas that are at the forefronts of our future engineering stars' minds."