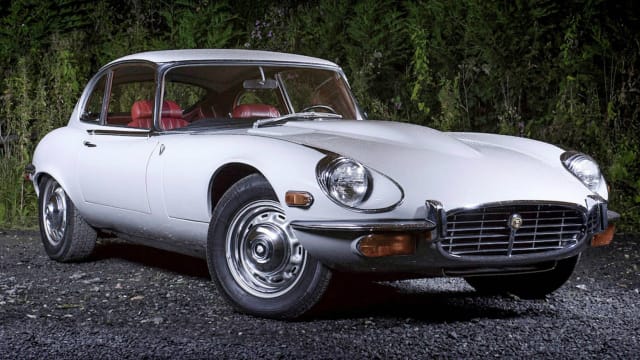 Two rare classic cars are expected to fetch tens of thousands of pounds when they are sold at auction next month.

Music producer Pete Waterman's classic Jaguar E-Type will go on sale at the Imperial War Museum Duxford alongside a 1937 Talbot Saloon on November 15, where they could fetch up to £140,000 and £30,000 respectively.

The highly coveted Series III 2+2-seater Jaguar E-Type has been owned by Waterman since the late 1980s and is so rare that a spokesman for H&H Classics said it was presumed lost for over 30 years.

He said: "It's such a rare car, people did wonder where it was."

It is thought that Waterman, who is known for his work with Bananarama, Kylie Minogue and Steps, had kept the car safely garaged during his ownership.

The 80-year-old Talbot BI 105 Airline Saloon, while substantially complete, is said to be in need of restoration as a result of decades of wear and tear since the model was first unveiled at the 1935 London Motor Show.

Senior Specialist for H&H Classics Nick Lumby said: "This fascinating project has been in the current ownership for the past eight years following its acquisition from Birmingham coachbuilder Jack Castle.

"The vendor has now reluctantly decided that family commitments will prevent him from lavishing the time and attention required to restore the car."

Mr Lumby said the vehicle was expected to sell with all necessary parts, including original handbooks.

He added: "One of just a tiny handful of survivors, DLP 937 represents a rare opportunity for the discerning Talbot enthusiast."