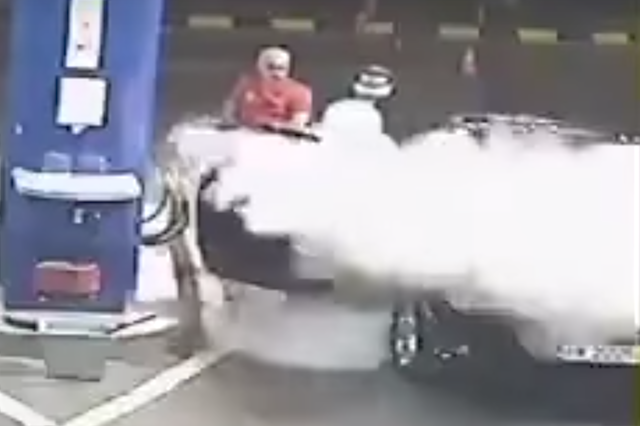 A few key things are prohibited at a petrol station, but one of the most crucial is smoking. And for one driver in Sofia, Bulgaria, refusing to stub out while refuelling ended in a very embarrassing way.

CCTV footage captured the stubborn smoker refusing to stop puffing away while putting fuel in his car. A petrol station employee then decided to take precautionary measures, and pulling out a fire extinguisher proceeded to spray it all over the man holding the cigarette.

Though this may seem like an overreaction, the rules are clear – smoking at a petrol station is both illegal and dangerous. Though petrol itself is unlikely to ignite from the heat of a cigarette, a misplaced lighter could easily lead to disaster.

The problem is made worse in continental Europe, where lots of stations sell Autogas. This combusts much more easily than petrol, and could be disastrous around a lit cigarette.