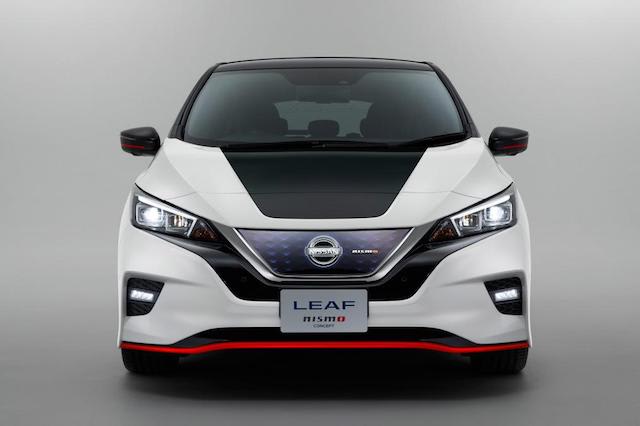 Fast electric cars are somewhat of a rarity, but Nissan looks set to bring attainable electric performance to the masses with a Nismo iteration of its latest Leaf. The concept was teased at Nissan's launch event for the Leaf, and was presented featuring an aggressive bodykit and racier styling.

Nissan design chief Alfonso Albaisa told Autocar that the Nismo version would help Nissan steal sales from trendy, image-conscious young buyers. "The previous Leaf's design wasn't popular with the majority of people, so its look couldn't contribute to sales," he said. "The new car is lower, wider and sportier, with the point of this design being to get greater accessibility of the market."

The dynamic design is easy to see. The Leaf Nismo has a lower ride height and racy two-tone black and white paint. An aggressive makeover for the bumpers adds red highlights, while large alloy wheels complete the look.

The new Leaf Nismo Concept will make its debut at the Tokyo Motor Show next month. No details have been released about the car's electric powertrain, but one insider promised performance similar to the Ford Focus RS. If that's the case, the new Leaf could see a 0-60mph time of well under six seconds.

The standard Leaf received an upgraded battery and electric motor in its latest iteration, now packing a 147bhp electric motor and 40kWh battery pack. We'd expect the Nismo to up the power to increase performance, but whether battery capacity would see a similar leap to maintain the car's 235-mile range is unknown.