Coach stops inches away from spun out car 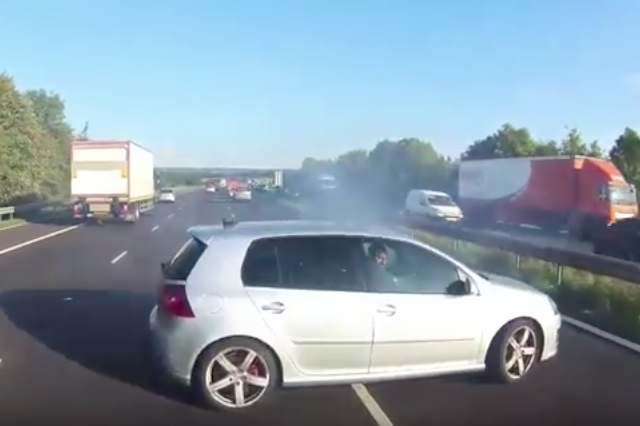 Dashcam footage has captured a near miss between a coach and a car that had spun out of control on the M40 motorway.

However, the coach driver is unable to swerve because of a lorry on its left-hand side. The driver of the coach – Mike Helm – manages to brake just in time, stopping inches away from the spun Volkswagen.

Helm can be heard shouting "woah, woah, woah", before the passengers of the coach also start shouting too. They also clap at the driver's quick-thinking actions once it comes to a stop.

The coach was carrying 47 pensioners back from a University of the Third Age day trip in Oxford when the incident happened on September 19.