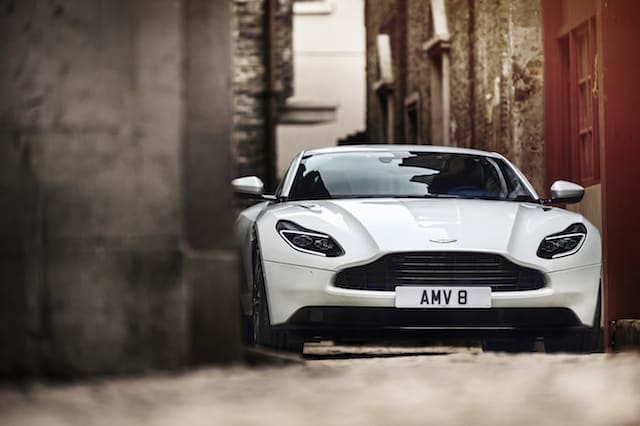 Aston Martin's flagship grand tourer, the DB11, is now available with a new, smaller engine to sit underneath the 5.2-litre V12. It's a 4.0-litre V8, and it promises to turn the DB11 into a very different car indeed. AOL Cars got behind the wheel for a first drive.

The top of the Aston Martin road car range is the DB11. Aimed at wealthy buyers who want the ultimate in badge prestige, exclusivity, and continent-crossing comfort, it's been a good success for the brand since it launched last year.

This new model keeps the same gorgeous exterior, but instead of Aston Martin's full-fat 5.2-litre V12 engine under the bonnet, there's a smaller V8 unit instead. It's been sourced from Mercedes-AMG, and Aston Martin claims it makes the DB11 a more dynamic and exciting proposition for keen drivers.

It's less powerful, but lighter, and the lack of that extra mass improves the car's weight distribution.

The headline change is of course, the new engine. It's similar to the unit found in top-drawer Mercedes-AMG products, such as the GT, and is part of a partnership between the two brands.

Other than that, changes from the V12 model are pretty subtle. In fact, they're limited to darker head and taillights and a slightly different styling treatment for the bonnet vents. Aston Martin says that these changes give the V8 a more sporting and athletic image than its larger-engined brother, but in reality only the eagle-eyed will spot any difference at all. 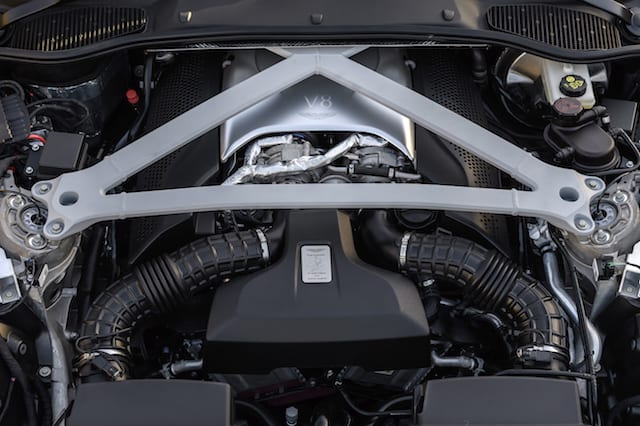 We said the new V8 engine was similar to the one in the AMG GT – but it's not identical. Aston Martin has fitted its own air intake and exhaust system, as well as some other parts. It's worked to give the engine a different character to its German sibling.

The end result is that the 4.0-litre, twin-turbocharged unit develops 503bhp and 675Nm of torque. While this is 100bhp down on the V12 model, don't go thinking that the larger-engined car will leave it for dust. Zero-60mph sprint times are separated by just 0.1 seconds.

A bigger gulf can be found in fuel economy – the V8 model will return 28.5mpg as opposed to the V12s 24.8. Though fuel prices won't be a massive concern to potential owners, the big appeal is in the increased range that the V8 offers.

With almost 490 miles potentially possible between fills as opposed to 425 from the V12, that means less unglamorous fuel station stops on your Continental journeys.

In a word, sublime. The DB11 V8 offers the best of all worlds when doing long journeys. The eight-speed automatic gearbox means it's surprisingly comfortable to drive in town, but head out onto the open road and the car really comes into its own.

Point the nose at a motorway and the DB11 becomes one of the best mile-munchers around. It's incredibly comfortable to cover great distances in, pulling amazingly well even in top gear.

The best part comes when you get on to the back roads, as the lighter engine means the DB11 V8 handles like a true sports car. Combine that with devastating acceleration, and it's truly fantastic to pilot down a twisty single carriageway.

The DB11 might lack the timeless, classy appeal of its DB9 predecessor, but that's not to say it's in any way ugly. It's still a very beautiful car, with perfect proportions, and channels a more elegant and classy aesthetic than its Vanquish sister car.

Only a few slightly awkward styling details, like the oddly sharp wheelarches and floating rear pillar jar against the rest of the car's design.

Anyone who's spent any time in a modern Mercedes will recognise certain elements of the DB11's interior. A few knobs and buttons are straight from high-end Mercs, while the infotainment system has been lifted too.

Other than that though, the relationship doesn't go as deep as you might fear. Almost everything you touch is pure Aston Martin, and most of it is swathed in leather – from cows raised in fields without barbed wire to ensure it's as flawless as possible.

While the front seats are beautifully comfortable, the back seats are little more than extra luggage space. Certainly you won't fit any regular-sized adult back there for more than a minute or two at a time. 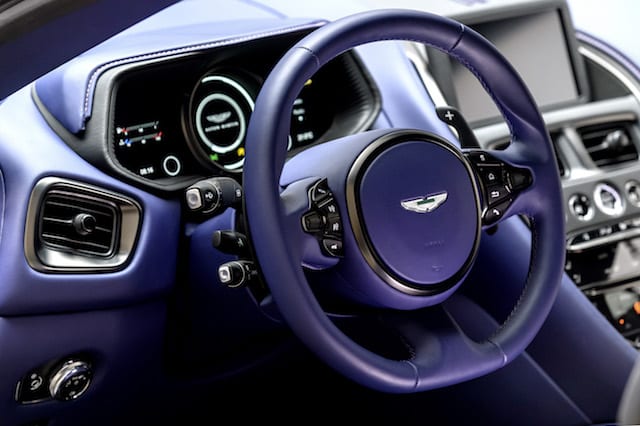 At £144,900, you'd hope the DB11 V8 would offer a lot of standard equipment. And it does, with all the trimmings you'd expect from a top-drawer grand tourer. Full leather comes as standard, as does sat-nav, phone connectivity and a 360-degree camera system, all accessed through a central 12-inch LCD display.

If you think you'll ever tire of the car's V8 soundtrack, you can drown it out with a premium Bang & Olufsen sound system, which forms part of a short options list.

The DB11 may lose four cylinders, 1.2-litres and over 100bhp to the V12 engine, but it's definitely not a lesser car – just a different one.

Like the V12 model, it's a spectacular grand tourer, and the ultimate vehicle for a European road trip. But thanks to that 115kg weight loss, it's more agile than ever. If you don't care about having the biggest engine, and value agility and dynamic ability on challenging roads, the DB11 V8 might just be the Aston Martin to go for.