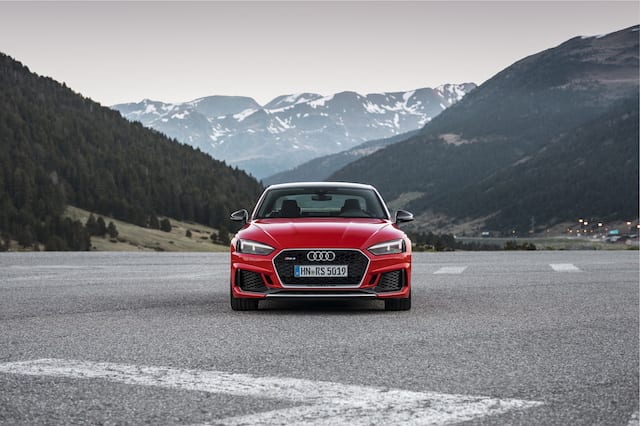 Audi's latest RS 4 Avant and RS 5 Coupe haven't been around very long yet – the RS 4 Avant was only just revealed weeks ago at the Frankfurt Motor Show – but Audi has already unveiled special edition models of both cars.

They're called Carbon Editions, and come with extra power and styling additions.

This means the RS 4 Avant can get from 0-60mph in 4.1 seconds, while the sleeker and lighter RS 5 manages the same feat in 3.9 seconds. Top speed is limited to 155mph in both cars, but can be increased to 174mph with an optional performance pack.

Bringing the carbon to Carbon Edition is a series of carbonfibre additions. The RS 5 even gets a roof made of carbon fibre reinforced polymer, which reduces weight further, and both cars receive a styling pack which adds carbon detailing to the front spoiler, sill extensions, front diffuser and interior.

Elsewhere inside you'll find nappa leather sports seats, while the 19-inch wheels have been replaced with milled 20-inch ones, which save 2kg per corner.

You can expect to see the Carbon Edition Audis in showrooms later in the year. The RS 5 should be available to order by December, with the RS 4 Avant following in March 2018.

Audi RS4 and RS5 Carbon editions
Up Next