Suzuki to reveal electric 4x4 at the Tokyo Motor Show 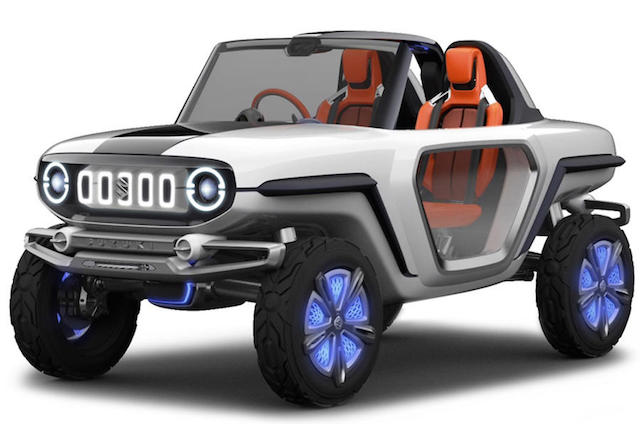 Suzuki has announced its line-up for the Tokyo Motor Show ahead of the event, with a clear emphasis on fun and unique small cars.

Highlights include the e-Survivor – a compact electric four-wheel-drive SUV and the Spacia Concept, a tall mini-wagon that is said to offer "a sense of excitement and fun" to the market.

With the Japanese manufacturer celebrating its 100th anniversary in 2020, it is getting geared up with a range of initiatives and product developments that aim to see it continue for another century.

The e-Survivor is said to mirror the identity of the Jimny and Vitara, while the other highlights include the quirky XBEE (cross-bee) crossover, that will have all the off-roading ability of a 4x4, but retains the quirky looks of a crossover.

Suzuki has also announced the Carry Open-Air Market Concept that is a mobile shop van that "goes beyond being just a commercial car and offers wide possibilities from daily transportation to leisure".

Several new motorbikes have also been revealed ahead of the Japanese show, including a SV650X neo-retro bike and the Swish scooter.

The cars and bikes will star at the Tokyo Motor Show that runs from the 27th October to the 5th November.