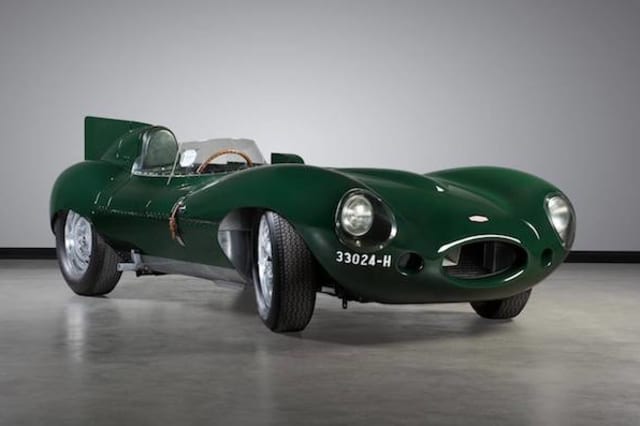 A rare Jaguar D-Type racer is preparing to go under the hammer, and could become the most expensive car ever sold at auction in Australia. It will be offered at Mossgreen's Motorclassica auction in Melbourne next month.

The market for rare classic cars is alive and well across the world – regular auctions in both the USA and Europe have proven that, and cars frequently change hands for multi-million dollar sums. But it's not just the northern hemisphere where iconic motorcars are sought after, as Australia is getting in on the act.

The 1955 Jaguar D-Type offered by Mossgreen's carries an auction estimate of $7-$8 million Australian dollars – equivalent to between £4,160,000 and £4,760,000. Though that's not an unseen sum by classic car auction standards, it is around four times as much as the current Australian record.

The D-Type isn't just a pretty face, and has extensive catalogued racing experience in circuit driving and hill climbs. It's been sold on plenty of times, originally racing in the UK before heading to Australia, the USA, back to the UK and finally back to Australia once more.

Despite its provenance, the car will have to far exceed its auction estimate to become the most expensive D-Type ever sold. Last year, the car that won the 1956 Le Mans 24-hour race was auctioned in the USA, and sold for an incredible £16 million.

However it's still Ferraris that command the highest prices at auction, with the most expensive – a 250 GTO – selling for over £28 million in 2014.