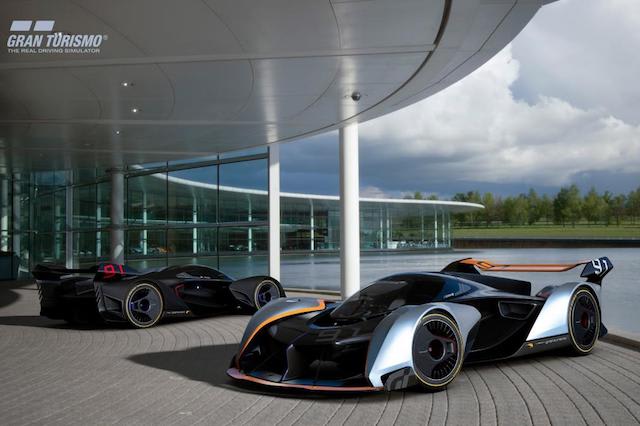 The latest in the long-running Gran Turismo series of video games is nearly ready to launch. Gran Turismo Sport will be the seventh GT game so far, and to whet our appetites for its arrival McLaren has revealed a virtual concept car. Named the Ultimate Vision Gran Turismo, it pushes the virtual envelope to the extreme in just about every way.

The Vision Gran Turismo lineup made its first appearance in Gran Turismo 6 on the Playstation 3, and since then a whole host of fictional concept cars have made their appearances. Manufacturers from Mercedes-Benz to Mitsubishi all created concepts for the game, which players can race against each other.

McLaren's entry is as wildly styled as you might expect, bearing little resemblance to anything within the manufacturer's current range. With no cost restraints to weigh them down, McLaren's technical team went crazy, and the car will feature a 4.0-litre twin-turbocharged V8, mated to a hybrid powertrain.

The real standout feature is the driving position though, as the pilot will find themselves laid stretched out and reaching forward to the steering wheel. How this would work in real life is of course a moot point, as we very much doubt the Ultimate Vision Gran Turismo will ever make it to production. However, we may see a design model show up in physical form at some point.