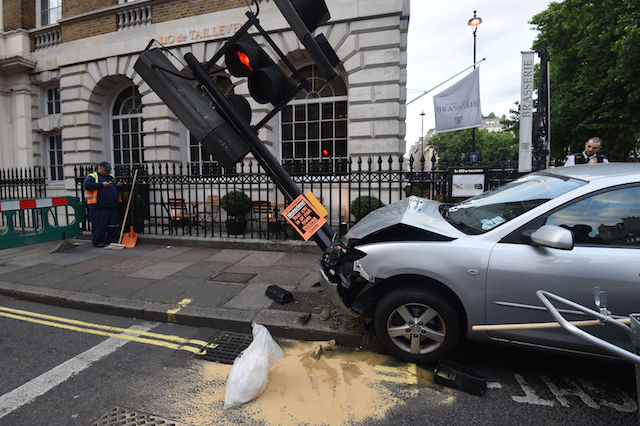 New research has found that men are more than twice as likely to write a car off than women.

The data – recorded from 2,004 respondents - also reveals various other facts about car crashes, including which car colour is the worst for crashes and where accidents are most likely to happen.

One third of male drivers have had their car scrapped, but it also found that men were also twice as likely to lie about how an accident happened, with 48 per cent of men lying about how a crash occurred, compared to 20 per cent of women.

The research by Churchill Insurance also found that 24 per cent of the UK's 45 million drivers will write a car off at some point in their life.

It also revealed that cars painted in a certain colour are more commonly written off than others. Blue cars were found to be the most likely to be written off, accounting for 18 per cent of crashes, then silver (15 per cent) and red and white cars in joint third place (12 per cent).

Motorways were also the most likely to place to write off your car, with 46 per cent of write offs happening on them, 28 per cent taking place on other roads, 13 per cent occurring on small local roads, eight per cent happening on roundabouts, and five per cent in car parks.

The data is purely for where you are most likely to write off your car though, and does not account for all car crashes and minor bumps.

Sophie Frampton, from Churchill Insurance, said: "The words 'writing your car off' conjure images of dramatic crashes and, whilst there are sadly many traumatic instances in which a car is written off, it can be surprising to somehow a seemingly innocuous accident can lead to a write off.

"Writing a car off is actually more common than some may think with one in four of us having done so in our driving careers."